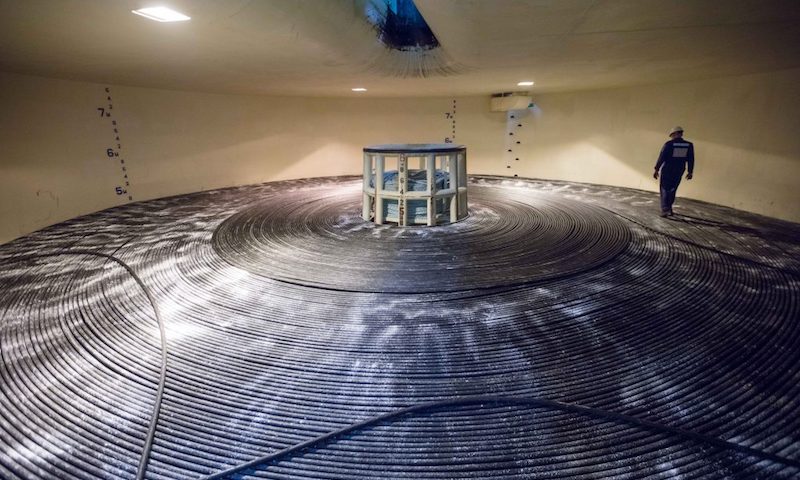 In an incredible feat, Microsoft, Facebook and the telecom infrastructure company Telxius have laid a 6,598 km cable across the Atlantic Ocean that is capable of transmitting 160 terabits of data per second.

For most of the route, the cable – made up of eight pairs of fibre optic cables enclosed by copper – lays on the ocean floor. Some parts are buried to protect from shipping traffic, usually in areas closer to the shore, the company said.

The cable that lies 17,000 feet below the ocean surface and extends between Virginia Beach in the US and the city of Bilbao in Spain, would be operational by early 2018.

Microsoft said the project was completed nearly three times faster than usual, in under two years.

Google has also invested in two cables that run from the US to Japan, covering South America and several Asian countries.

With the Marea cable, Facebook and Microsoft’s investment gives them more control over the vast amounts of data they need to move quickly around the world, the report said.