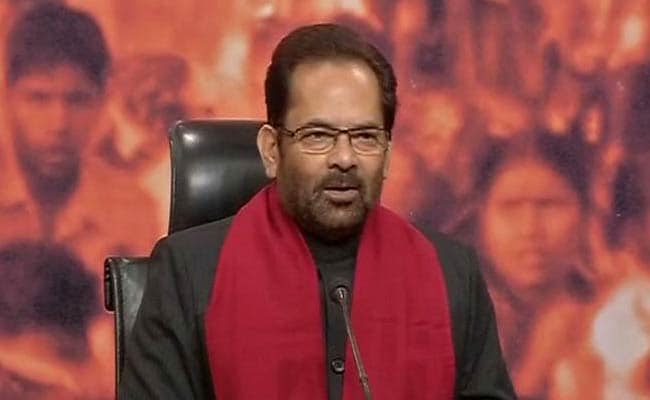 PALGHAR:  India’s safety and prosperity are the Narendra Modi government’s priority and “there will be no compromise on these issues”, Union Minister Mukhtar Abbas Naqvi said today.

“The government has adopted a policy of zero tolerance against terrorism. The terrorists and their masters are disappointed and nervous,” a statement quoted Naqvi as saying while addressing a gathering of people at Vikramgad in Maharashtra’s Palghar district.

“Any anti-India activity will not be tolerated,” he said. India, he said, was capable of destroying “evil forces”.

“Terrorism and radicalism have become the biggest challenge to world peace and prosperity. There is a need for united efforts at the global level to defeat these evil forces,” he said.

The minister also discussed about various policies and schemes of the Modi government like ‘Jan Dhan Yojana’, ‘Digital India’ and ‘Skill India’ with the people.