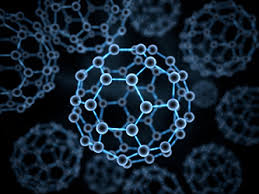 Most of the engines today use liquid fuel to produce energy. Internal combustion engines in automobile industry, aero propulsion engines, and those used in the power generation industry, all of them use some sort of liquid fuel.

The efficiency of liquid fuels cannot be increased by using the existing technologies. But given the ever-increasing demand for energy in the developing countries, and its harmful impact on environment, the need to get more out of less fuel has been growing.

In our laboratory, we have been working on combustion engines for some time, trying to see whether the current levels of efficiency can be enhanced. In some places in Germany, nanoparticles (nanometer in scale) of metals like titanium and cerium were being used as an additive in bus fuel, and it was observed that these had increased the efficiency of the engine and reduced soot. But the exact mechanism behind this process was largely unknown.

So we decided to use these nanoparticles as additives in liquid fuel that is utilised in many industrial activities. We added varying quantities of nanoparticles to individual droplets of fuel, and observed how it affected the ‘bursting’ of the droplet. Bursting is a very important step in combustion, because it makes the whole process efficient through secondary atomisation, a process in which the liquid breaks up into very fine mist.

More bubbles result in vigorous atomisation leading to a larger surface area. It results in greater mixing and combustion efficiency. In fact, inside gas turbines or engines, the fuel is actually sprayed into the combustion chamber.

When a droplet loaded with nanoparticles, bursts, it naturally spreads the daughter droplets homogeneously over a larger area, improving the fuel combustion process.

The work has far reaching practical implications. Better atomisation and mixing of fuels through the secondary atomisation pathway, as indicated by our work, can lead to better combustion and an increase in efficiency. Even a small percentage of improvement in fuel efficiency can save millions of rupees.

In addition, nanoparticles in liquid fuel also act as scavengers for pollutants. When these nanoparticles burn, there is a possibility of reduction in soot and an improvement in the ignition delay timing can also be seen. Both enable cleaner combustion, crucial in these days of environmental concerns.