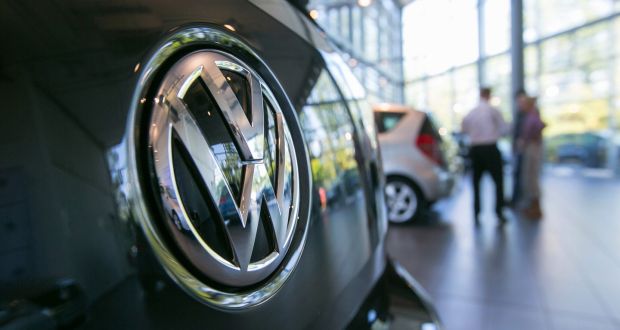 Ford, Volkswagen and Audi were the most popular brands of imported cars, with the Ford Focus, VW Golf and VW Passat the most common imported models. The biggest month for imports was September, with 8,662 cars re-registered in the State. During the same month, just 3,898 new cars were sold.

Figures from the Society of the Irish Motor Industry show that while new car sales were down in every county, the hardest hit was Mayo, with a drop of 17.6 per cent in registrations, followed by Meath at 16.26 per cent.

According to Alan Nolan, the society’s director general: “2017 was a very challenging year for the motor industry, mainly due to the impact of Brexit on euro-sterling exchange rates. Without Brexit we would have anticipated a reasonable level of growth in the market.”

Of the top 10 best-selling brands in the Republic, only Kia recorded growth in sales last year, up 6.29 per cent on the back of the popularity of its Sportage SUV.

At the premium end of the market, Audi recorded 5,544 registrations, ahead of a strong challenge from Mercedes-Benz with 4,838 and BMW with 4,652.

The recent arrival of Tesla in the State saw it record 51 new registrations in 2017, comprising 37 Model S saloons and 14 Model X crossover SUVs.

While diesel remains the most popular engine choice, representing 65.2 per cent of all new registrations, that is down from a 70 per cent share in 2016.

The biggest growth was in the sale of hybrids, at 4,434, while electric car sales rose from 392 in 2016 to 622 last year. Despite the publicity surrounding electric vehicles throughout the year, they still represent less than 0.5 per cent of the overall new car market.

At the commercial end of the market, sales of light commercial vehicles – normally a bellwether for economic activity in the State – were down 14.2 per cent on 2016, at 24,195 for the year. Ford, Volkswagen and Renault remained the three biggest players in the Irish van market.

It was a similar story in the truck and bus market, where registrations of heavy commercial vehicles were down nearly 10 per cent at 2,872 in 2017.

New figures also show a significant number of used cars are being offered for sale despite having outstanding finance loans. A survey by car-checking website cartell.ie found there was outstanding finance on 14.3 per cent of vehicles in a sample of nearly 6,000 cars it checked. While that’s lower than during the height of the recession – when levels reached more than 17 per cent – it is up on recent years.

According to John Byrne of cartell.ie: “To give you some idea where we are coming from, the levels of finance outstanding was 7 per cent in December 2014, meaning the rate has doubled in three years.”