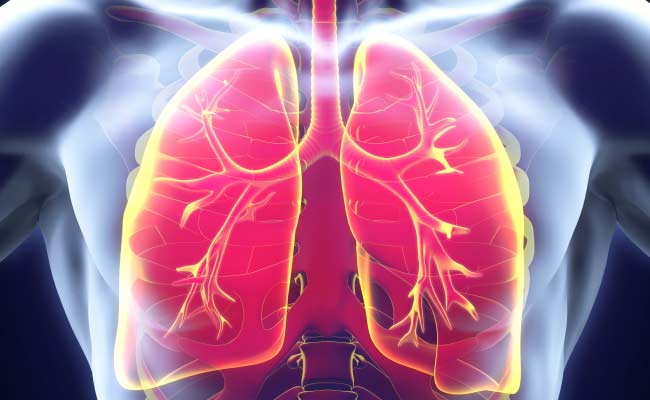 LONDON:  For the first time, scientists have successfully produced 3D images showing oxygen and carbon dioxide transport in the lungs, using a new method that could lead to better treatment for chronic obstructive pulmonary disease (COPD) and lung cancer.

Every time we breathe, oxygen and carbon dioxide is transferred between our blood and the air in the lungs.

It is crucial for us to maintain life that this gas transport functions, and detailed knowledge about the movement of oxygen and carbon dioxide is therefore also important.

Not least in the case of patients with pulmonary lung diseases such as COPD, lung cancer and asthma, and also for acutely ill patients who are on a respirator.

For these patients, the latest research in the area may turn out to be the first step on the road to more effective forms of treatment.

“We are the first to develop a new model for how you can see into the lungs. The model provides a kind of 3D map of how and where the CO2 and oxygen transfers take place,” said Troels Johansen, PhD student at the Department of Clinical Medicine at Aarhus University in Denmark.

Working in collaboration with researchers from Harvard Medical School, Johansen developed a mathematical model that provides the basis for the 3D images, which in turn are developed from positron emission tomography (PET) scans.

The new model can be used for different groups of patients, the researchers said.

“For example, if we take cancer patients with a tumour in the lung, it will be easier to predict the consequences of removing part of the lung by surgery,” Johansen said.

“It will also be easier for doctors to determine the COPD patients who will benefit from an operation and those who will not,” he said.

“We also believe that the new model will come to contribute with knowledge that can help patients in intensive care who are on a respirator,” he said.

“The new model is not only able to make it easier for doctors to foresee the consequences of high-risk lung operations. It will also contribute new basic knowledge about the crucial oxygen and carbon dioxide transfer in both healthy and diseased lungs,” he said.

The findings were published in the journal Respiratory Physiology and Neurobiology.