Nokia 3310 Back in Stock in India, Says HMD Global 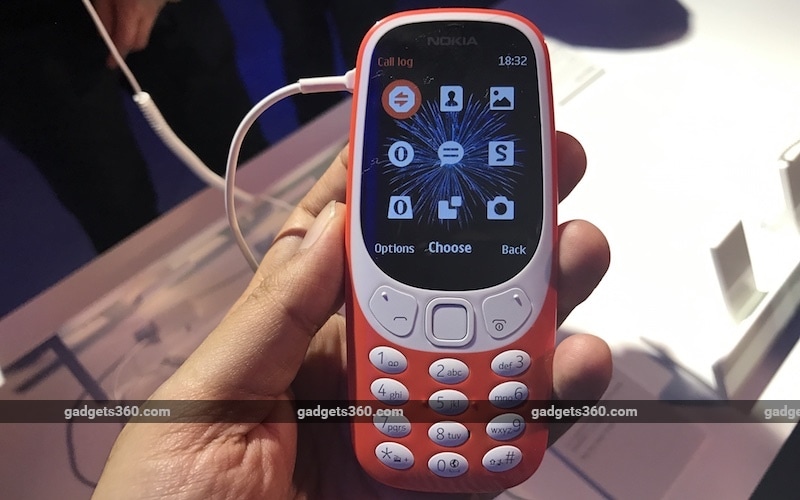 The Nokia 3310 was launched in the middle of May, and has been in much demand since it went on sale a couple of days later. Sold via offline retailers in the country, many users have taken to social media to complain of the non-availability of the feature phone, with retailers stating the Nokia 3310 is out of stock. That has changed however, as HMD Global has confirmed the phone is now back in stock in India.

In a statement to Gadgets 360, an HMD Global spokesperson said, “Since we first announced the Nokia 3310 we have experienced phenomenal demand. We thank all of our fans for the amazing response and want to let you know that it is currently in stock in top mobile stores across the country.”

HMD Global globally unveiled the reboot of the venerable feature phone back at MWC 2017. The Nokia 3310 price in India is Rs. 3,310, and it is available in four colour options in the country – Warm Red and Yellow (both with a gloss finish), and Dark Blue and Grey (both with a matte finish).

The Nokia 3310 (2017), much like the original, features a massive standby time of up to a month, one of the highlights of the feature phone. The new Nokia 3310 also includes the regular Micro-USB port and ditches the pin charger. It features Bluetooth 3.0 with Nokia’s SLAM technology.

On the back is a 2-megapixel camera with LED flash; the feature phone also offers FM radio. Nokia 3310 (2017) packs a removable 1200mAh battery that offers 22 hour talk-time and month-long standby time. With the Nokia 3310 (2017), HMD Global also brought back the classic Snake game which has been optimised for the new colour screen.