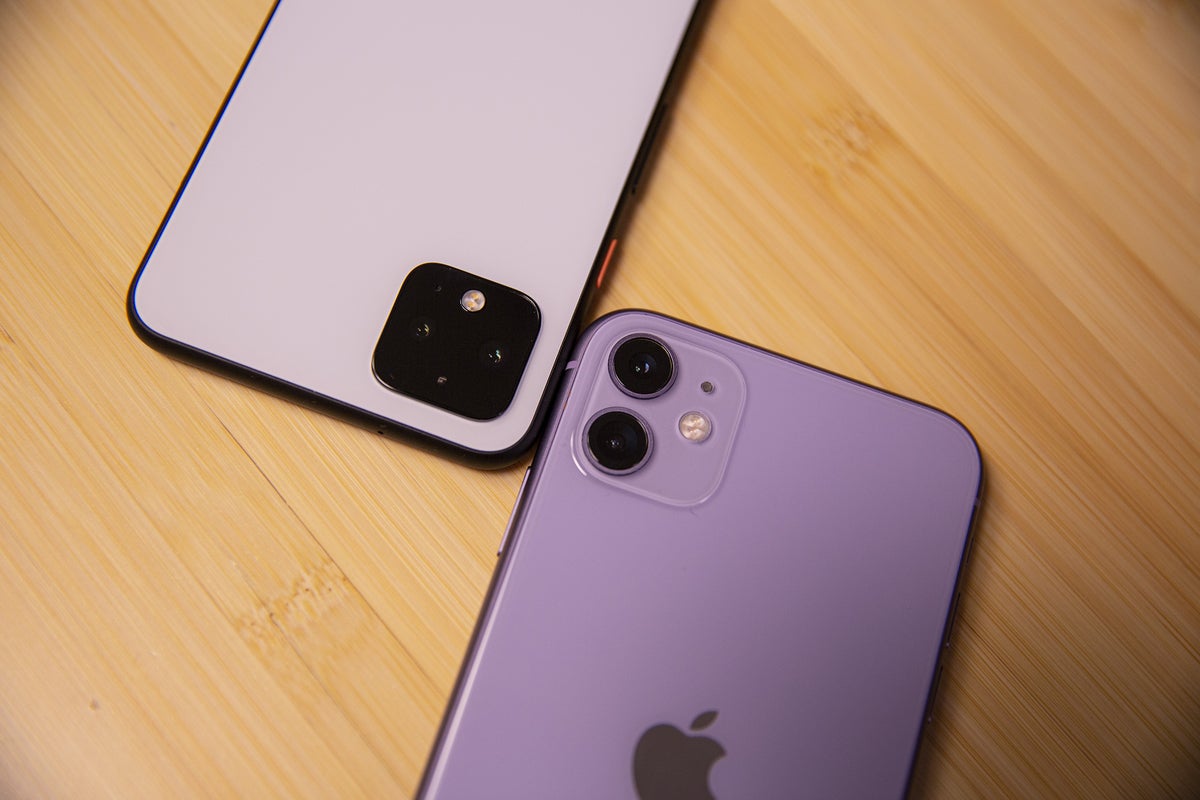 We’re barely a week into 2020, and we’ve already got the first smartphone camera gimmick of the year. At last week’s CES in Las Vegas, OnePlus demoed an “invisible camera,” which uses electrochromic glass to create various tints in color to make the camera under the rear glass seem like it’s not there until it’s called into action. It takes its inspiration from the McClaren 720S Spider supercar, and it generated lots of media coverage and undoubtedly long lines at OnePlus’s booth.

Granted it’s a concept of a prototype that’s probably not shipping for many months (if at all), but it shows how most smartphone makers are thinking. Instead of working to make our phones take better pictures, companies are filling out phones with camera gimmicks that are flashy but offer no real benefit.

Not to single out OnePlus: We’re also hearing rumors that Samsung is going to put a 108MP camera in the next Galaxy phone, which is straight-up overkill. LG used to be one of the leaders in smartphone photography, and after filling its phones with gimmick after gimmick, now it’s struggling to take basic night shots.

Just look at the Android camera “innovations” we’ve seen over the past couple of years:

That’s to say nothing of software gimmicks such as AI scene selectors, super slow-mo videos, and AR emojis. Smartphone cameras have distracted users with party tricks, when smartphone makers should be focusing on the one thing that matters: taking great pictures, even if there’s a bump, a notch, or a bezel.

Focus on the camera, not the bump

In basically every smartphone camera ranking, there are three main competitors: Apple’s iPhone, Google’s Pixel, and the latest from Huawei. All three have one thing in common: big camera bumps and no gimmicks.

I used to complain about camera bumps, but I learned to stop caring about what the back of my phone looks like. Even if you don’t put a case on it, how often do we look at the back of our phones? Tiny camera bumps, colors, and finishes might make a difference when they’re lined up on a table or rendered on a website, but ultimately, it’s the performance that matters. The best phones build the handset around the camera, not the other way around.

Case in point: The square arrays have a purpose. It’s subtle, but when you zoom in or out using the ultra-wide lens on the iPhone 11 or the zoom on the Pixel 4, you don’t need to reposition your phone to re-center your shot. The image simply zooms accordingly, and whatever was in the center previously is still there. On every other phone, you need to shift your phone ever so slightly. Sure, it only takes a fraction of a  second, but that could be the difference between capturing and missing a moment.

That’s why these gimmicks bother me. OnePlus’s invisible camera might look cool in marketing shots, and it will certainly generate hype for whatever phone it debuts on. But what are we really gaining? A smooth back? No thanks. Much like the pop-up selfies and flip cameras, adding an extra layer between you and your subject increases the likelihood that you might miss a shot. Or that something breaks. The extra millimeter of screen or thinness just doesn’t matter.

But even if said camera gimmicks worked as advertised for as long as you owned the phone, none of them give us the ability to take better pictures. Granted, whenever OnePlus, LG, or Samsung launches a phone, the camera is appreciatively better than the prior model’s, but they’re still struggling to catch up to the leaders. I can’t help but think if these companies focused on the actual camera rather than a marketable or buzzy-worthy gimmick, we’d all be better off.

Just take a look at the handsets released last year by Apple and Google. The specs are so-so compared to those of their peers, and the arrays are downright unsightly. But no one cares, because they take better pictures than any other smartphone around.

That’s because both companies focus on picture-taking rather than unnecessary gimmicks. Both companies added a new lens and obviously touted that, but the new cameras weren’t high-megapixel lip service. The zoom lens on the Pixel and ultra-wide one on the iPhone brought a measurable increase in the type and quality of pictures and were just as marketable as OnePlus’s disappearing camera. Apple advertises a “pro camera system,” while Google promises “studio-like photos without the studio.” They’re innovations that stick—features like portrait mode, Night Sight, and HDR.

Quite frankly, neither phone even needed new camera hardware to make those claims. Google and Apple work on improving the finished product—the photo—rather than wowing us with what’s used to take it. The innovations are what’s invisible and constantly refined to deliver the possible end result, no matter which device you’re using.

Take Samsung’s Galaxy Note 10. For the first time in a few generations, the main three cameras were the same as the ones on the Galaxy S10 and S10+. The only truly new thing camera-wise was an improved editing app. The sameness showed, in a good way: The Note 10 made a better-than-average leap in low-light photography and overall quality as compared to both the Note 9 and the Galaxy S10, adding six points to the S10+’s DxOMark score and nearly beating out the iPhone 11 Pro in our own Last Cam Standing series.

So why are phone makers still trotting out gimmicks? Maybe because they can’t compete on quality. For several generations, Google got away with a single rear lens that captured portraits just as well as dual cams because it killed it in processing. The same goes for the single-cam iPhone XR. These phones might not offer any tricks to show off at your next party, but they’ll take better pictures of your friends. That’s all that should matter.