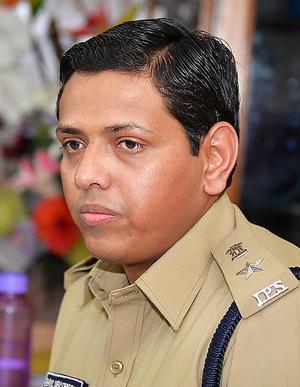 The facility will be provided initially in Anakapalle, Narsipatnam areas

Superintendent of Police (Visakha Rural) Rahul Dev Sharma said initially people in Anakapalle and Narsipatnam areas in the district will be provided the facility and it will be later extended to Chodavaram also.

On the working of the app, he said one has register by downloading the app in their smart phones.

“By doing so he or she becomes our subscriber. And when one going out of station, all that he or she has to do is to send us an alert by feeding in the date. We will send a constable to their house with a camera. The camera will be installed at the recommended place. If a burglar barges in, and comes within 10 mt radius of the camera and alert will be sent to the control room through the wi-fi router that is connected to the camera,” said Rahul Dev Sharma.

The SP called upon the people of two areas to make better use of this system and stated that the people could download the app, but the CCTV cameras would be linked to the Control Room only after 15 days.

The Vizag rural police chief said one can download the app on their android phones or any smart phone from Google Playstore. Those seeking the LHMS should register their name, residential address and mobile number from their house itself using the app. They would be allotted a registration number.

According to him, LHMS will not only aid in preventing the crime but also provide sufficient clues for investigation.