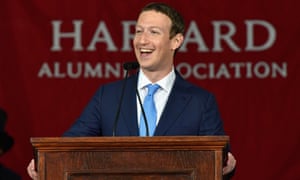 Imagine if the government had restored ownership of Britain’s roads to the private trusts that used to run them. Imagine they were allowed to charge companies different amounts to use them, so that companies with enough cash could pay for exclusive use of fast lanes, leaving their smaller competitors consigned to lag behind on slow, badly maintained roads. Sounds outrageously anti-competitive, doesn’t it?

Yet that is exactly what internet service providers (ISPs) want to be able to do. A war has been raging in the United States over “net neutrality”: the principle that ISPs should not be allowed to charge companies more to get faster access to consumers or – the flipside – charge consumers differentially to access data from different content providers (for example, bundles that include “all-you-can-consume” data only for specific apps such as Netflix).

There are two concerns about these sorts of practices. First, just as energy companies offer hundreds of complex tariffs to obfuscate price comparison, allowing broadband and mobile providers to sell multiple bundles with different sorts of access to different apps will make it harder for consumers to compare prices. Second, it will make it much harder for startups to challenge the established big beasts such as Netflix and YouTube. Both will lead to less competition.

In 2015, the Obama administration enshrined the principle of “net neutrality” into law. But under Trump, the US telecoms regulator has said it will overturn these rules.

Net neutrality is particularly important in the US where there is incredibly little broadband competition. The majority of consumers only have a “choice” of one provider, Comcast. If Comcast decides Netflix is its preferred provider for unlimited content, they have no option to vote with their feet. In contrast, the UK broadband and mobile internet market is more competitive (although it has become more concentrated in recent years. And the EU has some of the toughest rules on net neutrality in the world.

So is this even relevant in the UK? The answer is a resounding yes. If winning unlimited access to your app becomes the new game in town in terms of establishing market dominance in the US, companies such as Facebook and Netflix will inevitably start to lobby for a relaxation of the rules on this side of the pond. And it’s hard to think of a contemporary tech giant that can’t call Silicon Valley its home. If it becomes harder for upstarts to challenge the big companies in the US, this will impinge on the global consumer experience. The ISPs argue that they should be allowed to charge the companies that make huge profits off the back of their infrastructure and failing to allow them to do so is holding back investment. A Financial Timeseditorial highlights that Netflix and YouTube consume half of internet bandwidth, yet ISPs can’t impose “a toll for hogging the road”.

This is codswallop. Internet traffic is generated by consumers using data they already pay ISPs for. A lack of competition in the ISP market means allowing them to charge companies such as Netflix will see these extra charges passed on to consumers, while they pocket the difference, rather than invest it in making the internet faster.

Take the UK. Our broadband infrastructure is creaking by international standards, with direct fibre connections to just 2% of households, compared to over 60% in South Korea, Japan and Spain. At heart, this comes down to competing conceptions of the internet. Is it a public utility that requires state investment to ensure equitable and efficient access, like our road network? Or is it something that can be left entirely to the market? Rather than allowing ISPs to charge companies for access, we should be doing more to tackle international tax avoidance by tech giants such as Facebook and Google and investing some of the proceeds in improving our internet infrastructure.

Net neutrality has a significance that goes beyond the flow of data. It is yet another frontier in the battle for the natural monopoly that is the internet. As Nick Srnicek argues in Platform Capitalism, data is the new currency and platforms such as Google have to reach a critical mass of users in order to trade in it.

Take Facebook. Its reach is sensational: a quarter of the world’s population have accounts. But it wants more and is aggressively pursuing developing world markets rich in potential users not yet connected to the internet. So, while it publicly champions net neutrality in the US, in the developing world it has, with breathtaking hypocrisy, been exploiting a lack of net neutrality under the guise of a “philanthropic” initiative, Free Basics. It pressures mobile networks to offer free access (at their own cost) to the Free Basics platform, which includes – you guessed it, Facebook, plus a limited number of other (Facebook-approved) sites.

Companies such as Facebook exert power over our political sphere like no company before. They don’t just use cash to wield influence – they control the channels of communication on which democracy is reliant. As Facebook’s chief, Mark Zuckerberg, wrote in his manifesto-missive this year: “In recent campaigns around the world… we’ve seen the candidate with the largest and most engaged following on Facebook usually wins.”. Yes, that’s the same Zuckerberg who has been on a 50-state tour, complete with photo-ops and dinners with “ordinary” families.

Facebook’s untrammelled dominance makes the thought of its founder checking into the White House more than a little chilling. But there are causes for optimism. Net neutrality campaigns have proved hugely popular: more than 2 million Americans took part in a 2014 online protest. Facebook’s attempt to conquer India’s internet via Free Basics backfired spectacularly as a result of public outcry and Facebook’s own clumsy PR handling. President Zuckerberg may not yet be a foregone conclusion.