The wait is finally over. PUBG Mobile has started rolling 0.11.0 update for gamers around the world. As expected, the latest update is action packed with Resident Evil 2 zombies. PUBG Mobile has also introduced a limited time event mode called Survive Till Dawn.

PUBG Mobile recently announced collaboration with Resident Evil 2, a reboot of the classic video game. The update brings zombies in the game. PUBG says zombies and bosses from Resident 2. Killing zombies will help you get resources and new items. There’s also a treasure event with Resident Evil 2 outfits.

PUBG has also added player Spaces where users can see information and connections of a friend. You can also choose a friend with Synergy 400 or more as partner to create a team in Space. While Erangel map hasn’t changed much, Vikendi snow map now has moonlight. Sanhok is now available in Arcade mode for quicker matches.

Other important features include anniversary emotes, avatars, and frames. You can also now see character image and connections on profile. New titles such as #1/100 and Survivor have also been introduced. 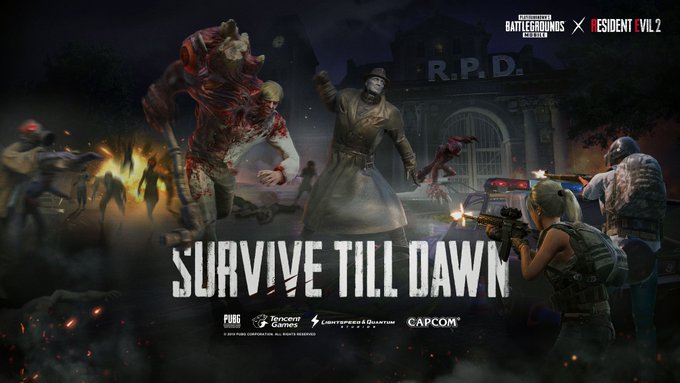 Apart from new features and zombies, PUBG Mobile has made some under the hood changes as well. For instances, some houses in the Vikendi map has been redesigned. SMG and Assault Rifles War Modes now begin with double ammo. PUBG has also fixed terrain display bugs for budget devices.

Added Zombie: Survive Till Dawn, a new event mode that is here for a limited time only. Fight to survive as usual on Erangel, but zombies and bosses from Resident Evil 2 will also spawn on the map! Kill them to get resources and items.

Added player Spaces, where player information and Connections are displayed. Select a friend with Synergy 400 or above as Partner to stand by your side in your Space!

Anniversary items are on sale while quantities last!

Character image and Connections are now visible on profile.

Some houses in Vikendi have been redesigned.

Past results are now kept up to 1 month. Older data will be cleared.