The Helio P70 has its first customer – Realme has reportedly picked the new AI-focused chipset for upcoming models. The original (launched just a few months ago) used the Helio P60.

The P70 adds 100MHz to the clock speeds of the four big Cortex-A73 cores and also the Mali-G72 MP3 GPU. It also claims 10-30% faster AI performance and improved camera hardware – for example, it can render bokeh at 24fps. It has more advanced power-saving features as well. 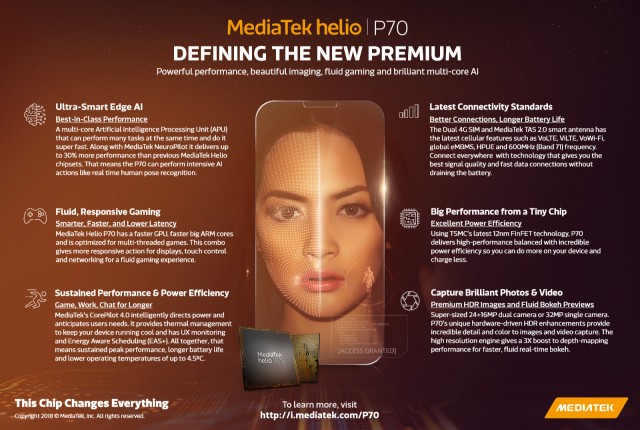 We’ve not yet had the opportunity to benchmark the Helio P70, but taking into account the P60 performance and the overclock, the Realme phones with P70 should be as fast (even slightly faster) than the Realme 2 Pro’s Snapdragon 660.