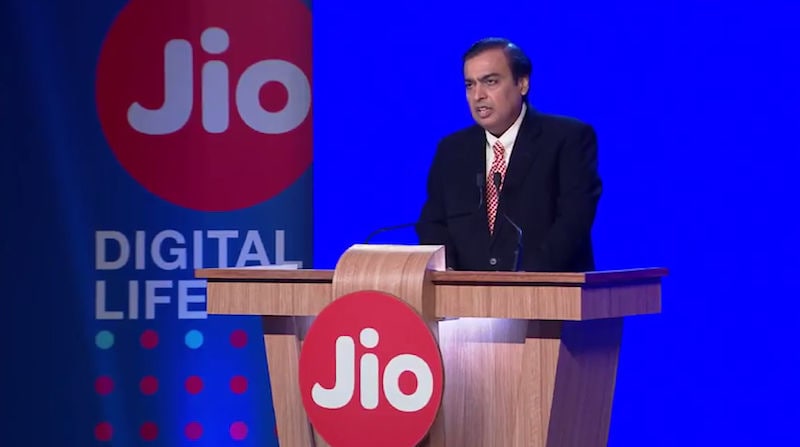 Reliance Jio has updated its prepaid and postpaid plans to give Jio Prime users data benefits till June-end. For a while now, Reliance Jio had only listed three prepaid plans on its website, but the company has updated its website to bring back postpaid and prepaid plans at the same prices as before, but with more data. As before, Jio prepaid plans start from as low as Rs. 19, and go up to Rs. 9,999, while postpaid plans are available at Rs. 309, Rs. 509, and Rs. 999 denominations. The Rs. 309 and Rs. 509 plans had replaced the Rs. 303 and Rs. 499 plans, respectively, when the Jio Dhan Dhana Dhan offer was announced, but the offer did not provide data benefits on recharges of Rs. 999 or more under the new offer; moreover, the Rs. 309 and Rs. 509 plans were only for prepaid users. The updated Reliance Jio prepaid and postpaid plans extend the benefits of Jio Dhan Dhana Dhan offer to postpaid plans as well as prepaid recharges of Rs. 999 and more.

In addition to this, plans priced Rs. 309 or more are now available only for Jio Prime users; according to Jio customer care, non-Jio Prime users can now only purchase packs priced between Rs. 19 and Rs. 149, and will have to become Jio Prime members if they want to buy recharge packs with higher validities. This was not the case before the Jio Dhan Dhana Dhan offer was announced, as customers could choose to buy recharge packs of any value even without enrolling for the Prime membership.

For Jio’s prepaid plans, validity depends on the amount of recharge you do. The Rs. 19 plan lasts for one day and gives you 200MB of 4G data to Prime members, while Non-Prime members get only 100MB of data. Similar Jio plans of Rs. 49, Rs. 96, and Rs. 149 with varying data offerings are listed for Prime and Non-Prime members as well.

The Rs. 309 first recharge entitles the subscriber a validity of 84 days, with 1GB of 4G data every day, and post that limit, Internet can be accessed at 128kbps. The Rs. 509 Jio recharge ups the ceiling limit to 2GB per day. The Rs. 9,999 plan has a validity of 420 days, and gives users 810GB of 4G data on first recharge. After exhausting the data limit, Internet can be accessed at 128kbps. Subsequent recharges give less benefit than initial recharge.

All the updated Reliance Jio prepaid plans are listed below:

These plans are quite different from than the ones that were introduced last year, and then updated in February when Jio Prime subscription service was announced. The denominations of the prepaid plans have changed since launch, and the Rs. 149 plan offers much more than it used to before, and the number of Jio postpaid plans have also been reduced to just three, while earlier there were as many as seven plans at the time of launch.