Russia working on ways to protect its internet due to US online dominance – Com. Minister to RT 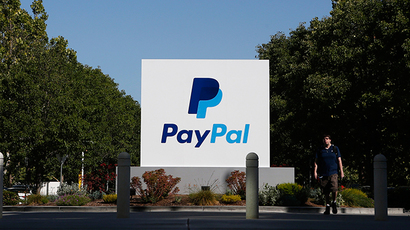 One small example is the Internet Corporation for Assigned Names and Numbers (ICANN), which assigns internet domain names. In 2014, the US pledged to hand over control over it from the US Department of Communications to a multi-stakeholder collective, which would include governments, companies, international organizations and individual users. The transition was scheduled to happen in September last year, but was postponed for at least a year.

“This didn’t happen for some reason, and many reasons were voiced. I believe them to be pretty far-fetched,” Nikiforov said.

“With this prolonged monopolization, many countries in the world are working on technical solutions that would protect national segments of the internet from a possible external destructive action. They are creating backup infrastructures, which respond to a disruption – intentional or accidental – and prevent national segments from being blocked,” he added.

The minister said Russia is among the countries heavily investing in the internet and naturally wants to protect this investment.

The issue is not theoretical for Russia. As part of the US-imposed sanctions, several American companies suspended their services in Crimea, which seceded from Ukraine in response to an armed coup in Kiev and rejoined with Russia. Washington called the move illegal and targeted individuals and some sectors of the Russian economy with sanctions.

Google, Apple, PayPal and others cut Crimea from their services. This affected tens of thousands of people, who could no longer properly update the software for their phones, buy apps, use electronic payments for online products and do other basic things.

The minister was speaking in Egypt, which he is visiting to foster business ties. He said Russia and Egypt have agreed to have mobile operators to cut down roaming tariffs, which would benefit Russian tourists visiting the North-African country.

“It’s no secret that overpriced roaming is the reason why many travelers simply don’t use their phones abroad. We are trying to make this problem go away for Egypt and Russia,” he said.

The agreement indicates that Russia may soon lift restrictions on flights to Egypt, which were imposed after a terrorist bomb last October destroyed a plane carrying Russian tourists home from Egyptian resorts.