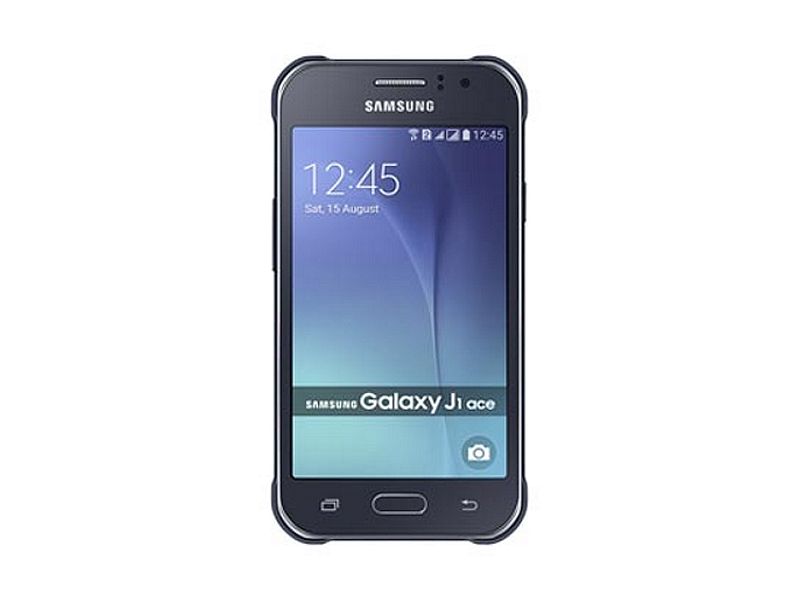 Samsung, after unveiling a value-edition variant of its Galaxy Core Prime smartphone last week, has now introduced the Galaxy J1 Ace. Priced at Rs. 6,300, the smartphone is currently listed at the company’s online India store. However, at the time of writing, the handset stock was listed as ‘not available currently.’

Notably, the Samsung Galaxy J1 Ace was first reported to be available via physical retail stores earlier this month by an established Mumbai-based retailer.

The smartphone supports dual Micro-SIM cards and runs Android 4.4 KitKat with Samsung’s custom UI skinned on top. It features a 4.3-inch Super Amoled display with a screen resolution of 480×800 pixels. It is powered by a 1.3GHz dual-core processor coupled with 512MB of RAM. There is 4GB of inbuilt storage which is further expandable up to 128GB (via microSD card). There is a 5-megapixel rear camera and a 2-megapixel up front. The rear camera comes with an LED flash. The Samsung Galaxy J1 Ace is backed by an 1800mAh battery and measures 130.1×67.6×9.5mm. Connectivity options include Wi-Fi, Bluetooth, A-GPS, Glonass, GPRS/ EDGE, 3G, and Micro-USB. The Galaxy J1 Ace includes an accelerometer, ambient light sensor, and proximity sensor.