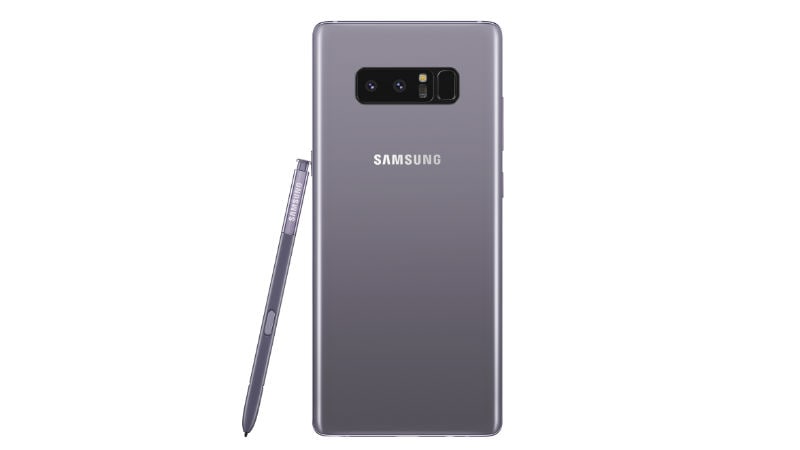 Samsung India on Tuesday announced the launch of its last year’s Galaxy Note 8 smartphone in Orchid Gray colour. The South Korean giant had launched the Galaxy Note 8 in India in September 2018, within weeks of its global unveiling. Initially, the handsets were available in Maple Gold and Midnight Black colour variants. But now, the company has unveiled an Orchid Gray model of the Galaxy Note 8.

To recall some of the specifications, the Samsung Galaxy Note 8 has received the Android 8.0 Oreoupdate, with the company’s own customisations on top. The smartphone sports a 6.3-inch QHD+ (1440×2960 pixels) Super AMOLED Infinity Display. The Galaxy Note 8 is powered by a Samsung Exynos 8895 SoC coupled with 6GB of LPDDR4 RAM.

The Samsung Galaxy Note 8 features a dual rear camera setup, complete with Dual OIS (optical image stabilisation). This consists of one 12-megapixel sensor coupled with a wide-angle lens, Dual Pixel autofocus, and an f/1.7 aperture. The second sensor is also a 12-megapixel offering, paired with a telephoto lens, and an f/2.4 aperture. On the front, Samsung has chosen to use an 8-megapixel autofocus camera with an aperture of f/1.7.

The smartphone is ony available its 64GB built-in storage variant in India, expandable via microSD card(up to 256GB) in a hybrid dual-SIM configuration. Also, the Galaxy Note 8 is fuelled by a 3300mAh battery.