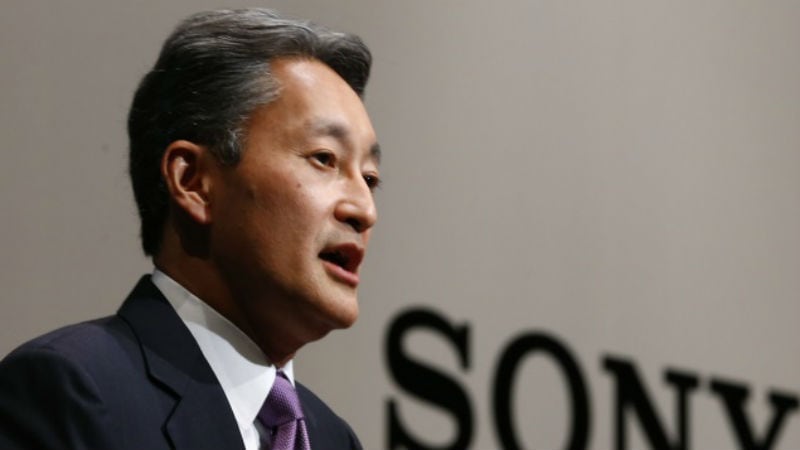 While you may have some other choices in your mind or thinking of opting for a new iPhone or a fresh Galaxy series Android smartphone, Sony is set to continue the sale of its Xperia phones in the highly competitive smartphone market. In a media interview, CEO Kaz Hirai confirmed that Sony is not considering an exit from the smartphone market and instead, is planning to have some devices “connected to a network” to retain its market presence in the communications business. Hirai also appears to be positive with the growth of the company’s image-sensor business that contributed largely to the company’s annual profit last year.

Hirai, in the interaction with The Guardian, stated that the prime reason of continuing its presence in the smartphone market wasn’t because of considering smartphones as the future but it is to give Sony the chance to play in the growing field of communications. “It’s not about the smartphones of today; it’s more about looking beyond smartphones – at what are we going to be doing – and to be a player in this space; ideally to be a leader,” says Hirai.

The statement provided by Hirai certainly casts aside all speculation that was pointing towards the exit of Sony’s Xperia range from the smartphone market thanks to intense to competition from Apple’s iPhone and Samsung’s Galaxy lines. Also, it brings back the focus to the fact that the company doesn’t have any plans to sell or close its mobile business unit, as Hirai himself affirmed initially back in July 2015.

In addition to the positivity towards retaining the mobile business, Hirai asserted that the main drivers of Sony’s image-sensor business are smartphones, digital cameras, and some surveillance and Internet of Things (IoT) devices. The image sensors offered by the Japanese company are so far widely available across iPhones and a large number of Android devices. However, Hirai has the projection to take the company’s image-sensor business even beyond the existing drivers and bring them to the automotive sector. “We need to make sure that we have a stable business today so that we can segue into the automotive tomorrow,” the executive stated. Lately, the Tokyo-headquartered company showed its interest towards self-driving cars that would leverage its compelling sensor technologies.

Apart from continuing its participation in the smartphone market and bringing new developments to cater the growing demands for high-end image sensors, Sony has also been venturing into the growing space of artificial intelligence (AI) and building robots such as the newly unveiled AIBO robot dog. Hirai reveals that the company is “proactively investing future businesses in terms of technology as well as business models” to build a better shape for the future.

Hirai’s forward-looking thoughts emerge days after Sony showcased a range of its new projectors, speakers, and headphones at Consumer Electronics Show (CES) 2018 in Las Vegas. The company earlier this month also revealed that the PlayStation 4 sales reached the record sales of 73.6 million. Moreover, the company is also preparing some new developments for Mobile World Congress (MWC) 2018 that is taking place between February 26 and January 1. There are rumours that the company would bring the Xperia XZ Pro as its first 18:9 display-featuring smartphone. The handset is expected to debut with a next-generation, Snapdragon 845 SoC.