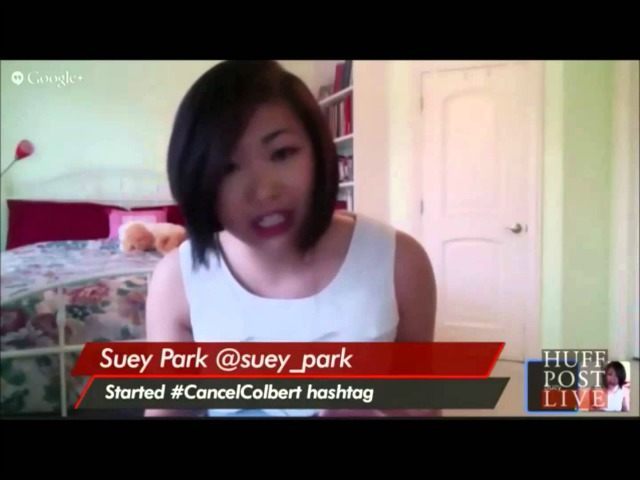 The Internet Ruined My Life, which promises to be a world-class example of unintentional comedy to rival Law & Order SVU’s GamerGate episode, premières on March 9th and will run every Wednesday. Each week will feature a different real-life story of the Internet “ruining someone’s life.”

Of course, there are plenty examples of people having their lives ruined on the internet. Justine Sacco, Pax Dickinson, and Dr. Matt Taylor spring to mind. But The Internet Ruined My Life hasn’t chosen any of those people. They’ve chosen Suey Park.

That’s the same Suey Park who started a campaign to get Stephen Colbert pulled from the airwaves for not being progressive enough, and later told Josh Zepps of the Huffington Post that, “as a white man,” he couldn’t understand “what people of colour are actually saying.” Park’s career faded soon afterwards.

In the SyFy trailer, Park attempts to set the record straight about her calamitous fall. She claims she never intended to take Stephen Colbert’s quote out of context and complains that Zepps was being “condescending” to her.

The rest of the video is a dramatization of Park’s allegedly traumatic experience at the hands of Internet trolls. Bizarrely, it features a dramatization of someone aiming a sniper rifle at an actress portraying Park. Nevertheless, Park claims that the mean tweets from her critics made her fear for her safety. “I was more concerned with my own survival and mental health,” says Park.