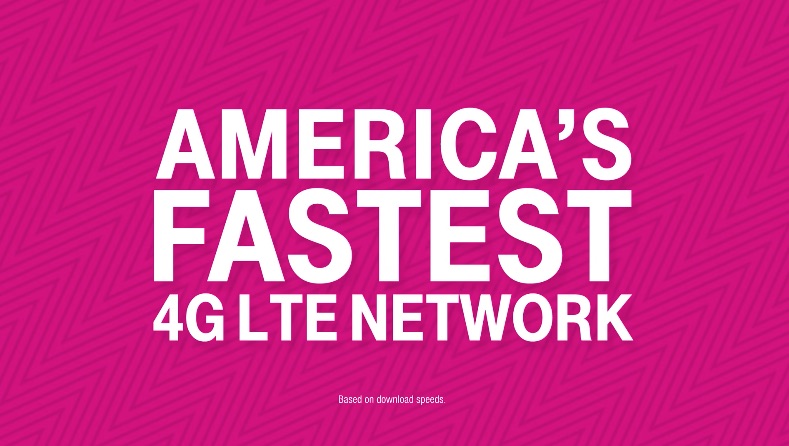 T-Mobile USA has agreed to stop claiming its 4G LTE network is faster than Verizon Wireless’, after the advertising industry’s self-regulation body agreed with Verizon that T-Mobile’s claim was unsupported.

T-Mobile agreed to comply with the NAD’s recommendations, the announcement said. The ruling and T-Mobile’s agreement to stop the disputed claims came after Verizon filed a challenge with the industry body. The self-regulatory system helps advertisers settle disputes without lawsuits and avoid stricter government regulation.

T-Mobile made the disputed claims in TV, print, and online ads, which relied upon crowdsourced speed test data from Ookla and OpenSignal. Verizon argued that Verizon customers using the speed test apps were more likely to have hit their monthly “de-prioritization” threshold than T-Mobile customers doing speed tests, even though both Verizon and T-Mobile slow down heavy users when they pass certain limits and connect to congested towers. The announcement said:

Verizon argued that the universe of users who download the Ookla and OpenSignal apps is a subset of all smartphone users that is likely to include more sophisticated consumers who are interested in monitoring the speed they experience when using their mobile device. Ookla-measured speeds for Verizon customers may have slowed at the end of their monthly billing cycle when Verizon customers reached data limits and experienced de-prioritization.

“Following its review, NAD concluded that the Ookla and OpenSignal Speed test results in the month after Verizon introduced unlimited data plans might have had a bias in favor of T-Mobile and as a result did not support a comparative claim that T-Mobile has the fastest 4G LTE network,” the announcement of NAD’s decision said.

“On the fastest LTE network challenge, NAD ruled that the one month of crowd-sourced data we submitted (when Verizon launched their unlimited plan) could not be used,” T-Mobile said. “NAD previously recognized third-party crowd-sourced data as a way to look at network performance, so we looked at the latest results, and verified what we already knew! T-Mobile is still the fastest LTE network and we’ll continue to let consumers know that!”

T-Mobile’s statement to Ars did not point to any specific data to support this claim.

Verizon bases its own network claims mostly on testing by RootMetrics, which conducts drive tests throughout the country instead of relying upon consumers to use speed test apps. RootMetrics has consistently determined that Verizon’s network is the fastest and most reliable in the US.

T-Mobile has repeatedly criticized the RootMetrics results as coming from “paid consultants,” even though both Verizon and T-Mobile pay their preferred testing firms in order to use the results in advertising. T-Mobile CTO Neville Ray wrote a blog post in February claiming that Verizon no longer has the best network and that crowd-sourced speed bests provide better data than RootMetrics because the tests come “from real people on their real devices.”

But now, T-Mobile’s decision to accept the NAD’s recommendations will force the carrier to change how it uses speed test data in advertisements.

In a similar case in 2015, the NAD determined that T-Mobile can use crowdsourced data to support certain claims but recommended that T-Mobile discontinue other potentially misleading claims.

The NAD urges advertisers to base their claims on accurate data.

Verizon also challenged T-Mobile’s claims that its network coverage is nearly as broad as Verizon’s, but the NAD sided partially with T-Mobile last week.

“NAD concluded that T-Mobile had provided a reasonable basis for its coverage calculation that it covers 99.7 percent as many Americans as Verizon, but noted that it was concerned that, in some contexts, a claim comparing the number of people covered could convey a message about geographic coverage,” the announcement said. “T-Mobile acknowledged that it does not have 99.7 percent of the geographic coverage as Verizon.”

T-Mobile agreed to remove images from ads that suggest geographic comparisons of coverage “and otherwise make clear that its coverage comparison is based on population covered.”