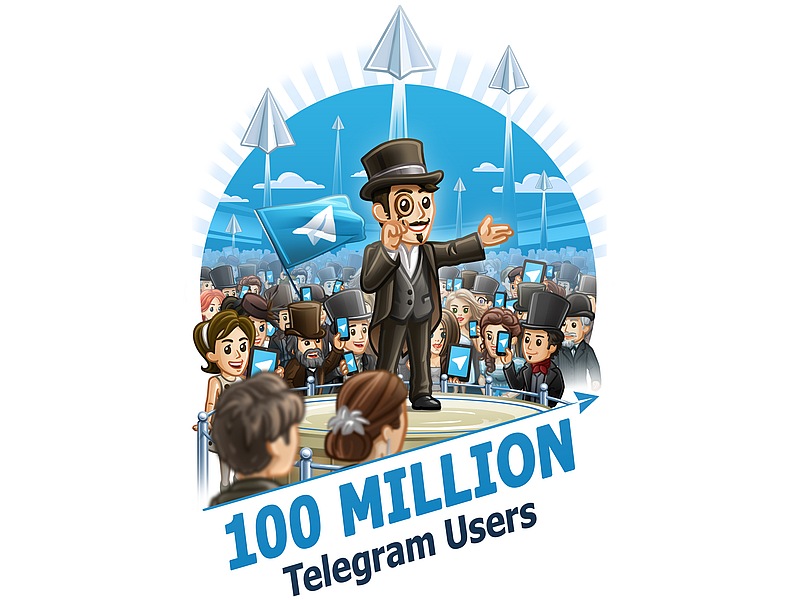 Telegram, an encrypted messenger app that was launched two and half years ago, on Tuesday announced that it has hit the 100 million monthly active user milestone. Update v3.6 was also released for Android and iOS.

The company on its blog post additionally claimed that 350,000 new users sign up every day on Telegram and that the app now delivers 15 billion messages on a daily basis. The company founder Pavel Durov also revealed the latest figures at the ongoing MWC 2016 trade show in Barcelona.

The firm is still quite some way away from other popular messaging apps, such as Facebook Messengerand WhatsApp, which currently sit on 800 million and 1 billion monthly active users.

Telegram additionally revealed that each day it gets over 400 million views a day on Telegram channels. It announced some new features for its Channels 2.0 and Bots, as part of update v3.6.

With Telegram v3.6, users can now copy links from the Quick Share menu to individual messages inside a channel. The links can be sent to people outside Telegram via other social networks. “Following such links will open the channel and highlight the message,” says the company blog post.

For channel admins, Telegram will now let them send silent messages that will not notify their subscribers. Admins can simply tap on the “bell” icon on the chat text window to toggle it on or off. Furthermore, admins can enabled signatures in Channel Info. “New messages will be signed with the posting admin’s chosen screen name but will not link to their profile,” adds the post.

Like Slack, Telegram now also gives users the ability to edit their messages after it has been posted. The post however, can be edited a short while after they have been posted. A single tap on Android and double tap on iOS would let them edit the sent messages. The feature is available for both Supergroups and Channels.

The update includes easy sharing of links, pictures and videos received from Bots. Sticker previews now work ‘everywhere’ including sticker suggestions when users type an emoji and the ‘Add Stickers’ screen. Users can even tap on the sticker to preview it in full size before sending.

The updated Telegram Messenger app for Android and iOS is available to download from Google Playand App Store.