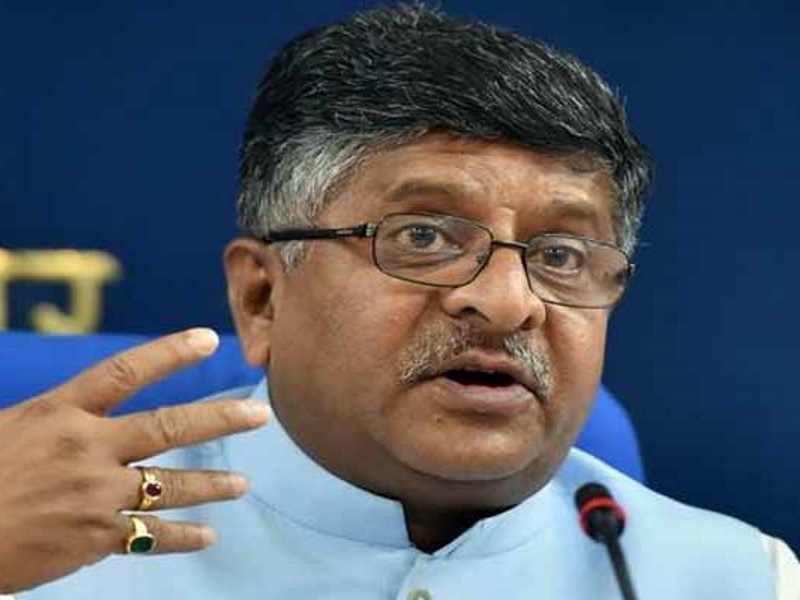 Twitter and other social media platforms need to ensure that they are not abused to spread terrorism and extremism, Telecom and IT Minister Ravi Shankar Prasad Tuesday said, as he cautioned India is “sitting in the midst of a mini-terrorist hub”.

Prasad met Twitter Global Policy Head Colin Crowell and discussed issues around usage of social media, security and privacy as well as geographical representation of Jammu on the microblogging platform.

“I flagged one important issue to him, namely that while we fully welcome social media, we respect freedom of speech and expression, but Twitter also needs to ensure this lovely platform is not abused for terrorism and extremism,” he told reporters after the meeting.

“… but people do abuse this platform and that care ought to be taken… India is sitting in the midst of a mini terrorist hub and faces this danger, he (Crowell) acknowledged this problem. In fact he also said that Twitter removed more than 1,00,000 entries because of this,” he said.

The minister also said the issue of representing Jammu as part of Pakistan was also discussed.

“I formally communicated our deep sense of dismay and disapproval on this. A greater sensitivity needs to be shown by these platforms as far as our geographical identity and integrity is concerned,” he said.

Twitter made a faux pas in its location-tagging service that showed Jammu as part of Pakistan and J&K being in China.

A number of Twitter users criticised Twitter for the goof-up with some terming it being biased against India. Besides, the minister also invited the US-based firm to participate in India’s Digital literacy programme.

Twitter will unveiled ‘Twitter for good’ programme in India later this week to help provide relief in case of natural disasters.

According to sources, the discussion also included the issue of government requests for sharing users’ data, like in the case of Apple and there was a consensus that there is a scope of greater engagement.