The Death Of Internet Freedom: Mourning The Demise Of A 20-Year-Old Dream 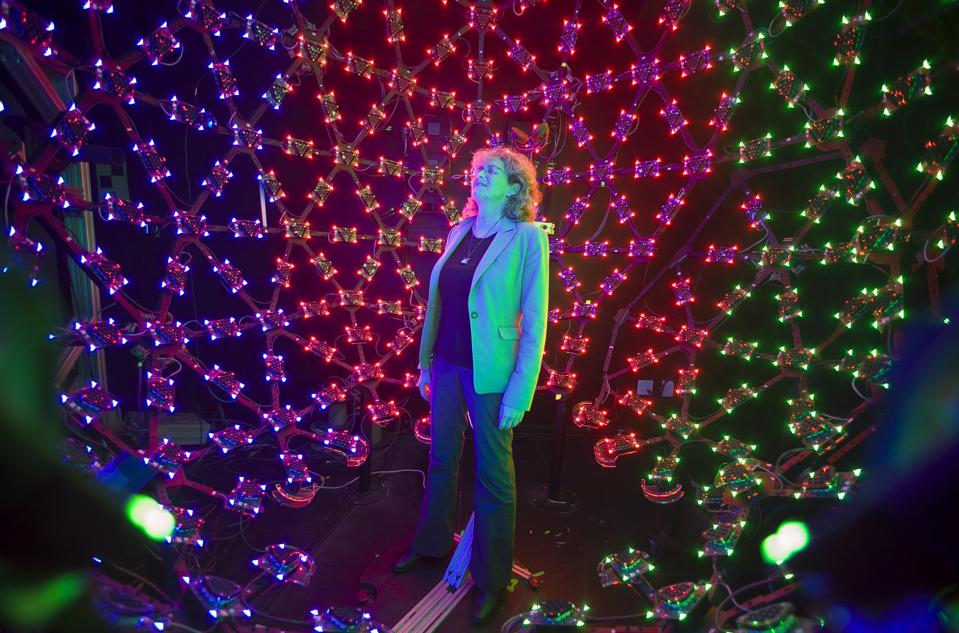 Last week was the twentieth anniversary of EFF Founder John Perry Barlow’s“Declaration of Independence of Cyberspace” in which he famously declared that “governments … have no sovereignty” online and that the Internet “creat[ed] a world where anyone, anywhere may express his or her beliefs, no matter how singular, without fear of being coerced into silence or conformity” where “legal concepts of property, expression, identity, movement, and context do not apply.” Yet this anniversary also comes just a few weeks after the five year anniversary of the Arab Spring, in a world in which internet freedoms seem to be running in reverse and the Internet is less free than it has ever been in the past. What does the future portend for the freedom of the online world?

French President Nicolas Sarkozy famously proclaimed in 2011 that the Internet “is not a parallel universe which is free of rules of law or ethics or of any of the fundamental principles that must govern and do govern the social lives of our democratic states.” He urged that Internet users must bear a “collective responsibility” and not to forget that “behind the anonymous Internet user there is a real citizen living in a real society and a real culture and a nation to which he or she belongs, with its laws and its rules.”

Yet, as Google General Counsel David Drummond noted in his address to the 2013 Google Ideas conference I attended, “Governments have learned in what might be the steepest learning curve in history that they can shape this global phenomenon called the Internet and in ways that often go beyond what they can do in the physical world and they’re doing so at an alarming pace.”

Often well-intentioned policies can have unintended consequences. The European “right to be forgotten” ruling, which on the surface is designed to uphold the EU’s higher standards of personal privacy, also raises the troubling prospectus of empowering bolder censorship of the Internet at large by nations with more restrictive freedoms. Bydemanding that search engines allow EU citizens to require the removal of a given page from search results across the entire world in every country, it will not be long before China demands that all results for Tiananmen Square be removed for searchers in the United States, or Turkey or Thailand require that all links to material critical of their governments be banned globally.

The problem is that in a globalized world, concessions made to one country will be demanded by all. As Google’s Global Privacy Counsel put it, this will lead to a “race to the bottom” and if continued unchecked, “in the end, the Internet would only be as free as the world’s least free place.”

On the fifth anniversary of the Arab Spring, Rebecca MacKinnon writes “the Internet remains a powerful tool for people fighting for social justice and human rights around the world, but we’ve witnessed the extent to which it also can be powerful in the hands of dictators and terrorists.” Wired laments “the Arab Spring carried the promise that social media and the Internet were going to unleash a new wave of positive social change. But the past five years have shown that liberty isn’t the only end toward which these tools can be turned.”

National governments have also learned to utilize their legal leverage over social media platforms to ban content otherwise protected by the law. As MacKinnon notes, “in the United States, where the First Amendment protects a lot of speech that is prohibited by companies’ terms of service, private enforcement is the main way of dealing with speech that authorities find problematic but which is constitutionally protected.” At the same time, governmental efforts to counter the use of the Internet for terrorism and crime like exploitation of children have been largely ineffective. Even cutting off Internet access to terrorist-controlled areas has done little to stem access due to the ubiquity of connection points and has the byproduct of cutting off the local population.

The online world has increasingly become associated with the darker sides of society. According to the New York Times, by 2014 Facebook was “one of the world’s largest marketplaces for guns” and frequently used to circumvent background checks. Though the platform recently instituted a ban on gun sales, it primarily relies on users to report illegal sales. It is also a leading enabler of infidelity, with the American Academy of Matrimonial Lawyers noting “Facebook holds the distinction of being the unrivaled leader for online divorce evidence.”

Even the new generation of AI-powered online personal assistants like Siri, Cortana and Google Now have faced the darker side of the Internet, with Microsoft noting that when Cortana was first released “a good chunk of early queries were about her sex life.” In fact, sexual harassment of virtual assistants has become so prevalent that the companies behind them are actively working on ways of deterring that abuse by studying the approaches of real world human assistants.

Earlier this month, the president of the Miami-Dade police union made headlines when he responded to a citizen complaint against one of his officers by digging up publically accessible social media posts by the citizen and republishing them through the union’s social media accounts. He also republished her home phone number and other contact details, leading to her “being harassed nonstop online, by phone and email, forcing her to lay low.” While the union president posted the messages under personal social media accounts, rather than in his official capacity as a police officer, it nevertheless marks a troubling precedent in which law enforcement officials retaliate against private citizens who file complaints about the police by reposting information about them including their contact details, leading to severe harassment.

As the world becomes increasingly globalized, cultural norms and societal and governmental standards are increasingly coming into conflict. In the physical world, Starbucks made headlines when a store in Saudi Arabia posted signs temporarily banning women from the store while a divider wall was repaired, in accordance with the country’s laws. In the online world, Facebook sparked an uproar last month when it appeared to ban posts about bullfighting before abruptly changing course and claiming it was an accident. In the US, graphic imagery depicting animals being wounded and killed in front of spectators would likely be banned as animal cruelty, which may have been what led to Facebook’s actions in Spain, applying US morality standards to other nations. Nudity has also long perplexed social networks, whether a woman’s right to depict breastfeeding or photographs of classic works of art in major museums that contain some level of nudity. In fact, earlier this month a French court allowed an art teacher to sue Facebook after it suspended his account shortly after he posted a photograph of a famous painting that contained a nude woman. At the same time, in Iran, new social apps are being used to create realtime maps of religious policecheckpoints, allowing citizens to avoid them much as similar apps in the US help drivers avoid speeding tickets.

It is all too easy to forget that social networks are not non-profit public good organizations build to enable global free speech. They are for-profit publicly traded corporations that have a fiduciary duty to their shareholders and when free speech and shareholder duties conflict, it will always be the shareholders that win. Social networks wield absolute power over their platforms with little recourse under most nations’ laws.

Yet, they devote relatively few resources to carrying out that control. Twitter employs a team of just “more than 100” staff to police a daily volume of more than 500 million tweets from 360 million active users. Governments are playing an ever-greater role in determining acceptable speech online, with Thailand dramatically increasing itscollaborations with major Internet companies to remove “illegal images or clips that affect security and the nation’s core institution.”

Twitter recently announced its new “Trust & Safety Council” consisting of over 40 organizations from 13 regions that will work together to combat online abuse. The Council’s information page states “Twitter empowers every voice to shape the world. But you can’t do that unless you feel safe and confident enough to express yourself freely and connect with the world around you. To help give your voice more power, Twitter does not tolerate behavior intended to harass, intimidate, or use fear to silence another user’s voice.”

Yet, it is unclear how Twitter will reconcile this stance with the demands of repressive governments throughout the world. If Thailand orders Twitter to remove content critical of the government, will Twitter refuse such requests on the grounds that it would “silence [a] user’s voice?” If Russia requires LGBT materials to be removed, will Twitter stand its ground? In a globalized world in which Starbucks makes headlines for temporarily banning women from one of its stores due to local laws, how should social media companies handle the exquisitely varied landscape of global cultural norms? As China allegedly has begun extraordinary renditions of online dissenters, tracking down those who have criticized the government online and fled to neighboring countries and arresting and returning them to China to face trial, the boundaries between online and offline restrictions are increasingly blurring.

In fact, Facebook’s battle in India over its Free Basics service revolves around the central fact that “in emerging economies … Facebook ha[s] already won the Internet … [becoming] the de facto Internet for many people because it [does] the most profoundly useful thing the Internet can do: connect people” given that “today’s empires are born on the web and exert  tremendous power in the material world.” This is why it is so important to better understand the evolving stance of social networks towards free speech: for a growing portion of the world they are the Internet and their rules are the rules of the Internet as a whole.

Barlow recently defended his 1996 manifesto arguing that “the main thing I was declaring was that cyberspace is naturally immune to sovereignty and always would be” and in his original manifesto he argued that the “identities [of Internet users] may be distributed across many of your jurisdictions” and thus no single country would ever control the Internet. Indeed, the web itself is constructed of a decentralized network of computers, but as search engines become the primary interface to that network and as the online world centralizes into walled gardens like Facebook and Twitter where single organizations wield absolute power, control and sovereignty across all jurisdictions globally and where nations increasingly seek to exert their control over cyberspace globally, we face an Internet teetering on the edge of freedom, peering into the abyss of the memory hole where the world is only “as free as the world’s least free place.”