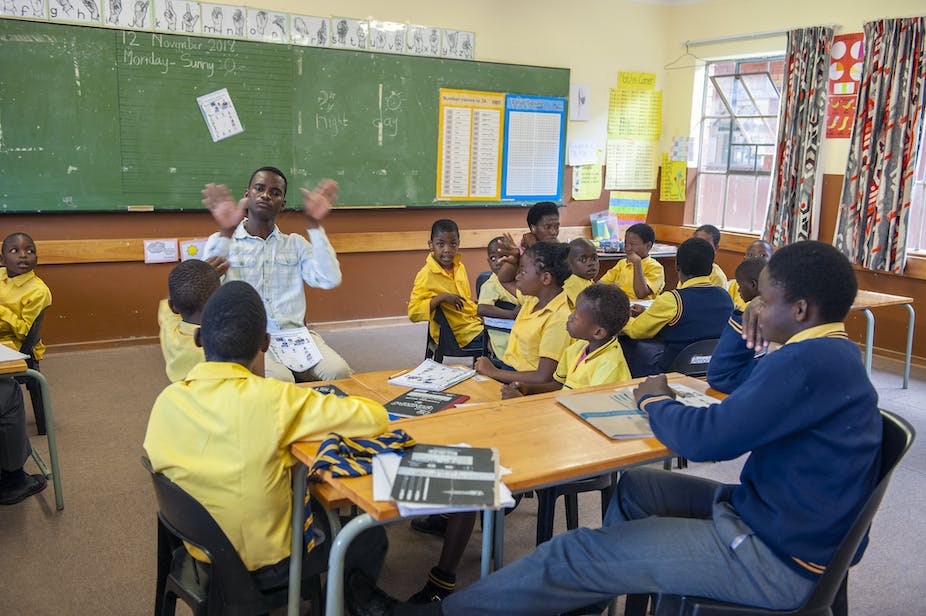 Deaf rights to language, expression, literacy and education have been marginalised throughout history. And signed languages have taken second place to spoken languages. The 1880 Milan Convention, for example, gave rise to a period when deaf children were forced to use oral language at school.

The passing of the convention amounted to a global attack on the linguistic rights of deaf people. The convention passed a resolution that deaf children (and students) should be mandated to ‘speak’ and learn through oral method. And that the use of signed language in the classrooms, the school system and other formal gatherings was prohibited.

The legacy of this decision continues to be felt today.

Regrettably, the domination or marginalisation of one signed language by another tends to prevent the less developed one from developing. Recent research I published with two colleagues shows that this can give rise to a level of linguistic genocide. This is a situation whereby the death or extinction of a language is caused by the activities of a more powerful language over a less powerful one.

This often means the death of a people’s cultural identity. Linguistic genocide can only be prevented or stopped through the positive attitude of the native speakers/signers towards their language over and above any other (foreign) one.

Over 300 signed languages are used globally. Some have risen to national use, others are at regional level, others, are still regarded as village signs. In Africa only about four signed language varieties have received some kind of constitutional recognition in their home countries – Kenya, South Africa, Uganda and Zimbabwe.

Regrettably, the signed language situation in Nigeria can be described as chaotic and confusing. Most signers (deaf and hearing) get trapped in the neocolonial mentality of using American Sign Language , while the rich indigenous signing system is relegated to the background in the name of “local signs”, “gestures”, “pidgin signs” or even “demonstrations”.

What is referred to as American Sign Language in Nigeria is best described as Signed English which is neither American nor Nigerian.

What needs to be done

The World Federation of the Deaf has continued to encourage national organisatons to work with their governments to develop their signed languages to a national status. In my view national language refers here to a people’s indigenous language.

So what needs to be done to protect the linguistic right of an African deaf child, especially deaf child born in a hearing family and whose first language is the one that he or she was taught in school and most times by hearing teachers?

People rightly say that signed language is the mother tongue of a deaf child, but they fail to mention (maybe ignorantly) that a person’s mother tongue is their indigenous language, that language that is first acquired before anything else and through which the child’s immediate environment and other behaviours are first learned.

One way we are doing this in Nigeria is through our “Project My Hero is You”, under the Save the Deaf and Endangered Languages Initiative, a Nigerian based nongovernmental organisation. The project has translated a literacy storybook into indigenous Nigerian Sign Languages. This aims to promote the linguistic and literacy rights of deaf children, especially those born in hearing families. The storybook is about how children can help their communities overcome COVID-19.

There is a need to support and get involved in the documentation and development of the indigenous Nigerian sign languages for the promotion of deaf literacy. Only then can human rights of a Nigerian deaf child be realised.

The only way to develop and preserve a language is to document it and to use it widely across sociocultural and scientific discourse. As several indigenous African signed languages have been in use as early as anyone can remember, they only need to be documented, developed and preserved.