The Internet Haves and Have Nots 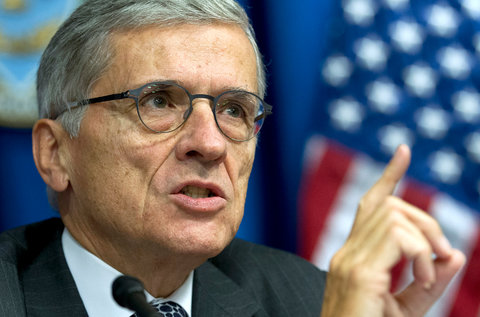 The Federal Communications Commission will vote later this month on a plan that could help narrow the digital divide between those who can afford high-speed Internet access and those who cannot. This is a good thing.

Under the plan put forward by the commission’s chairman, Tom Wheeler, and another commissioner, Mignon Clyburn, poor families will be able to apply the $9.25-a-month subsidy they are entitled to for telephone service under the Lifeline program to an Internet plan if they wish. Lifeline covers people whose income is less than 135 percent of the federal poverty level or who already receive benefits like Medicaid, food stamps or federal housing vouchers.

This is a modest and necessary adjustment to a program that was created in 1985 for home phone lines and is paid for by a universal service fee on telephone bills. While phone service remains critical, for many families access to the Internet is no less important. Less than half of families that earn less than $25,000 a year have high-speed service at home, while the vast majority of people earning $150,000 or more have it, according to the F.C.C. As The Times’s Cecilia Kang recently reported, children in families that cannot afford data plans often have to go to great lengths just to do homework. Some kids she interviewed in a Texas border town stand on the sidewalk outside a school to use its Wi-Fi network.

Not surprisingly, Mr. Wheeler’s proposed change is not sitting well with some Republicans. They complain that Lifeline is so plagued with fraud and waste that the commission shouldn’t be expanding it. That fear is overblown. Some telecommunications companies have abused the program by, for example, signing up the same people for multiple subsidies. But the commission and federal and state prosecutors have cracked down on that abuse, which has helped reduce spending. And Mr. Wheeler and Ms. Clyburn have proposed policies that should further reduce fraud.

Over all, the proposal anticipates that spending on Lifeline would increase over time to $2.25 billion a year, from $1.6 billion. That would mean universal service fees could increase by about 9 cents a month per phone line.

The commission should push ahead with these changes. But it shouldn’t stop there given how small the Lifeline subsidy is compared with the average cost of residential high-speed connections — usually about $50 a month. The F.C.C. and Congress ought to do more to help close the digital divide.