This is Why People Fear the ‘Internet of Things’ facebooktwittergoogle_plusredditpinterestlinkedinmail 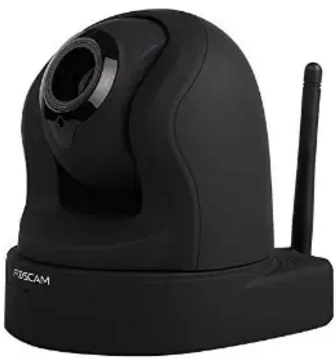 magine buying an internet-enabled surveillance camera, network attached storage device, or home automation gizmo, only to find that it secretly and constantly phones home to a vast peer-to-peer (P2P) network run by the Chinese manufacturer of the hardware. Now imagine that the geek gear you bought doesn’t actually let you block this P2P communication without some serious networking expertise or hardware surgery that few users would attempt.

The FI9286P, a Foscam camera that includes P2P communication by default.

This is the nightmare “Internet of Things” (IoT) scenario for any system administrator: The IP cameras that you bought to secure your physical space suddenly turn into a vast cloud network designed to share your pictures and videos far and wide. The best part? It’s all plug-and-play, no configuration necessary!

I first became aware of this bizarre experiment in how not to do IoT last week when a readersent a link to a lengthy discussion thread on the support forum for Foscam, a Chinese firm that makes and sells security cameras. The thread was started by a Foscam user who noticed his IP camera was noisily and incessantly calling out to more than a dozen online hosts in almost as many countries.

Turns out, this Focscam camera was one of several newer models the company makes that comes with peer-to-peer networking capabilities baked in. This fact is not exactly spelled out for the user (although some of the models listed do say “P2P” in the product name, others do not).

But the bigger issue with these P2P -based cameras is that while the user interface for the camera has a setting to disable P2P traffic (it is enabled by default), Foscam admits that disabling the P2P option doesn’t actually do anything to stop the device from seeking out other P2P hosts online (see screenshot below).

This is a concern because the P2P function built into Foscam P2P cameras is designed to punch through firewalls and can’t be switched off without applying a firmware update plus an additional patch that the company only released after repeated pleas from users on its support forum.