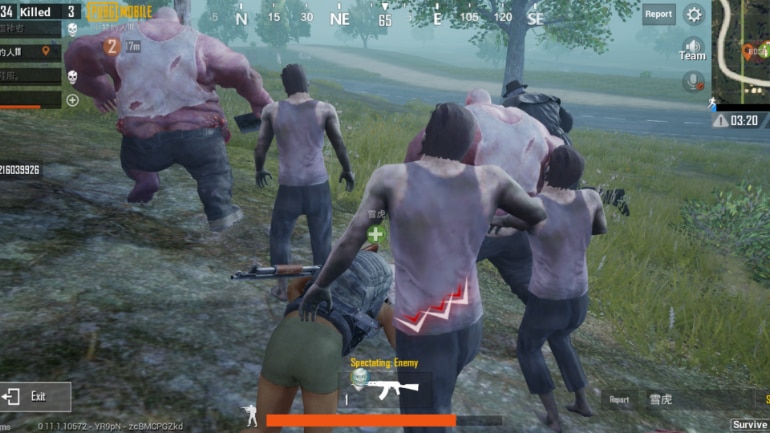 PUBG MOBILE has seen a lot of controversy in the past few months in India. The game was being framed as addictive and was banned by the administration in Rajkot. The police even made a few arrests for violation of the law by playing PUBG in public spaces. Whether PUBG is additive or harmless is a topic that calls for a debate, the PUBG MOBILE team meanwhile has been enhancing the gameplay experience for players. The latest 0.12.0 Beta update has just rolled out and from what it seems, players are going to have more engaging gameplay.

The latest beta update has just rolled out and a lot of new features, as well as enhancements, are coming to enhance the gameplay. Most of the improvements have been made in the zombie mode department for now. If you loved killing zombies and have been a master in slaying them for getting the Chicken Dinner, the new update will make it more difficult than before. Zombies will now be smarter, i.e. they can now climb walls and low roofs. Zombies can also jump as well. And you will also have to watch out for zombie dogs.

However, as much as PUBG is enhancing the zombies, it is doing the same for players as well. Zombies now move slower after being hit with a weapon. Stun grenades now also work on zombies and will stun them for a while. There are new Liquid Nitrogen grenades that will freeze the enemies and make them move slower. Flamethrowers can now deliver more damage than before. Apart from that, there’s a new Infinity Mode: Darkest Night mode which will require teams to survive through the entire night, with the ones making it alive at dawn winning the matches.

Here are the official patch notes:

–Survive Till Dawn is now under Expansions. More new modes will be added in the future.

–New Infinity Mode: Darkest Night. Stay alive for one night while fighting zombies. All teams that are still alive at dawn will win.

–New Feature: Companion System. Take a Companion into battle. Enemies will not be able to see them, so there is no exposure risk. Earn Companion EXP by taking them into battle, and level them up to unlock Companion emotes.

If you are eager to test out the new features, you can download the beta version on your smartphone or tablet. However, being a beta version, there will be bugs and inconsistencies that you may encounter. The 0.12.0 update weighs around 1.8GB.