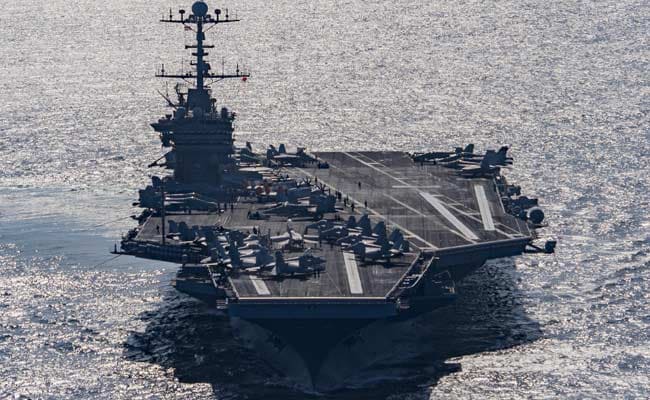 WASHINGTON:  The US Navy released black-and-white video on Saturday it said was taken by an American helicopter showing an Iranian Revolutionary Guards vessel firing unguided rockets on Dec. 26 near warships including the aircraft carrier USS Harry S Truman in the Strait of Hormuz.

The dispute underscored the ongoing tensions between the United States and Iran despite last year’s international agreement to curb Iran’s nuclear program.

The video, taken by a Seahawk helicopter, runs about 30 seconds. The Navy said the rockets were fired “within an internationally recognized maritime traffic lane” as the Truman and the other ships were passing through the Strait of Hormuz into the Gulf.

The US military on Dec. 29 made public its account of the incident. A US Central Command spokesman at the time called the Iranian actions “highly provocative, unsafe and unprofessional” and said they called into question Iran’s commitment to the security of a waterway vital to international commerce.

Central Command also said at the time that Iran had provided only 23 minutes of advance notification of its intention to fire rockets. It said the Truman and the two other warships were part of the US-led coalition supporting air strikes against ISIS forces in Iraq and Syria.

Iran and six world powers, including the United States, reached a deal last July to remove certain US, European Union and UN sanctions on Tehran in exchange for Iran accepting limits on its nuclear program.