What would Bernie Sanders think of your Internet speed? 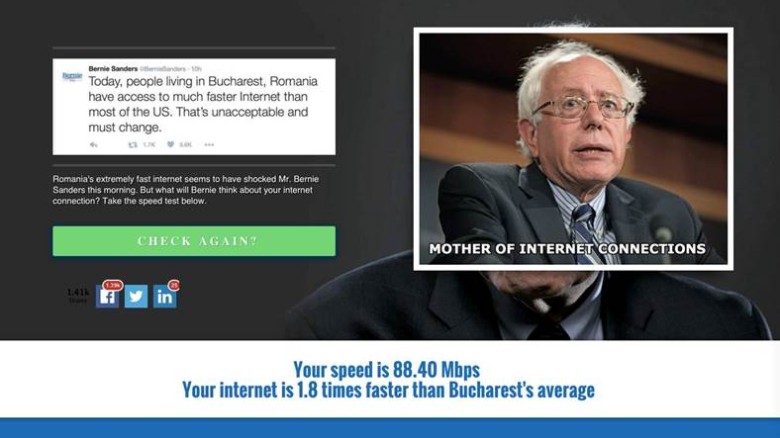 Romanians are not feeling the “Bern.”

Some citizens of the Eastern European country took exception to a Tweet by the presidential hopeful this week.

“Today, people living in Bucharest, Romania have access to much faster Internet than most of the U.S.. That’s unacceptable and must change.”

“I was at the office and I saw his (Sanders’) tweet and all the reactions that came along and I thought what would Bernie think about my Internet speed since I have at home a 90 mbs?” Mihnea Gheorghiu said.

The site allows users to check their speed against Romania’s average internet speed of 50 megabits per second.