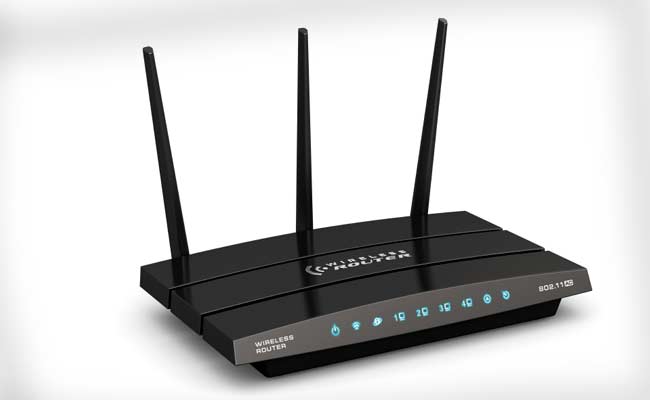 The new routers are also designed to look a bit cooler, so that one does not mind displaying them on a tabletop in a living room. (Representational Image)

What’s the most underappreciated gadget in your home?

I’d argue it’s your WiFi router, which is probably one of those gadgets that you a) use every day b) didn’t put much thought into when buying and c) only pay attention to when it isn’t working well.

Ever since you – or your Internet provider’s technician – set it up years ago, you probably haven’t spared it much thought.

Just a few years ago, routers probably cost less than $50 and were fairly simple, built for the days when we wanted to connect a laptop and maybe a smartphone or two to the Internet. Now the average house has multiple smartphones, not to mention tablets, a gaming console, maybe some watches and even the occasional fridge or thermostat. Plus, we’re demanding connectivity in every part of the house rather than just the office and den.

Although the way we use our WiFi networks has completely changed over the past five years, chances are most people haven’t given a thought to upgrading their router. That, in a nutshell, is why your WiFi is struggling.

If you haven’t updated your router in the past five years, you should know that there’s a new generation of devices that are more up to the task of dealing with the modern home.

But there’s a big downside: price.

You could easily spend more than $200 for a top-line router these days. That’s because there’s some revolutionary new technology going into them. If you’ve glanced at the newest products, you’ll notice that a lot of them have a bunch of antennae or have a different shape altogether – designs that let them respond to heavier workloads and the way people walk around their homes with connected devices in their hands.

There have been two major breakthroughs in router technology, according to Ted Rappaport, a fellow with the Institute of Electrical and Electronics Engineers.

One is MIMO, short for multiple-input multiple-output. This is sort of like adding more lanes to a highway – routers now have multiple transmitters and antennae that allow for data to simultaneously stream from more devices. To extend the metaphor a bit, MIMO is not necessarily allowing more data (cars) to go faster on the road.

It’s enabling more data to get through at a single time. “This enables 10, maybe up to 50 times the data rate of what routers could do a few years ago,” Rappaport said.

New routers are also using millimeter wave frequencies. These devices can use different frequencies in the radio band that let them transfer more data than ever. Rather than adding lanes, this is sort of like adding more roads. So if one highway is congested, you can just take an alternate route.

The new routers are also designed to look a bit cooler, so you might not mind displaying them on a tabletop in your living room. The practical upside is that if your router is out in the open, rather than tucked in a closet, you should get a better signal.

I took a close look at four popular routers – the $40 TP-Link TL-WR841N (one of Amazon’s best-selling routers) as a cheaper, somewhat older option; the $199 Apple AirPort Extreme; and two routers provided to The Washington Post by Google – the $199.99 OnHub and the $219.99 Asus OnHub, both of which have been on the market for a few months.

This wasn’t an entirely altruistic test. My home office is located just one room (and a thick wall) away from my three-year-old router, but the signal in there is awful.

I found that the pricier routers delivered faster speeds, even through my office wall – probably thanks to their newer technology.

But they were not always worth their price tags. The Apple router performed only a hair better than the TP-Link, which costs $160 less.

Google’s OnHub models both provided speeds nearly as fast as a computer using ethernet on our network, and on pure performance, they were clear winners. But they have only one port, which might be inconvenient for users who want to directly plug their computer and a game console into the ethernet.

Rappaport said a proposed rule from the FCC would unlock even more bands of radio waves for connected devices. That probably means WiFi routers will only get better in the future.

For now, he said, if you are looking to buy a router today, you should seek one with the newest standards advertised on the packaging. And if the prices seem a bit steep, Rappaport said he expects the price of the devices to fall over time as companies recoup the research investments they’ve made in router technology.