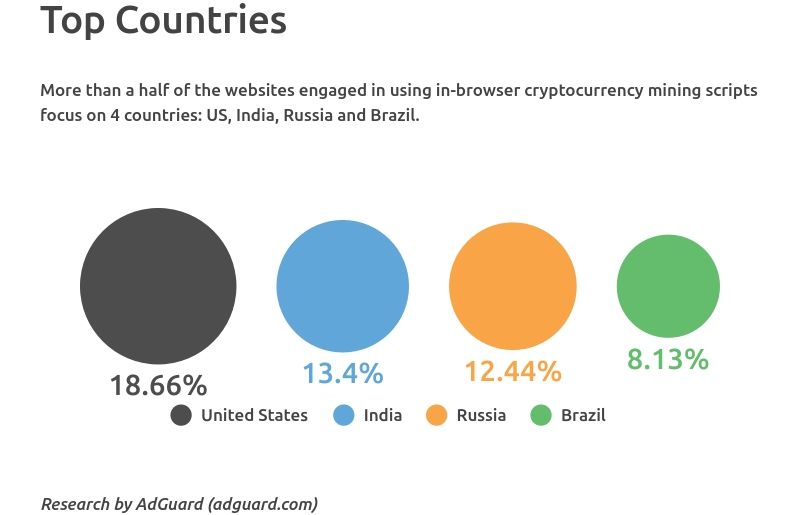 It further adds that through cryptocurrency mining, these websites are targeting an aggregated audience of 500 million people. Other countries that are targeted by mining include China, South American and European countries, and Iran among others. AdGuard started off its research with the top one hundred thousand websites listed on Alexa and looked for codes like CoinHive and JSEcoin, which are said to be popular solutions for browser mining currently in use.

“The growth has been extremely rapid: from nearly zero to 2.2 percent of Alexa’s top 100,000 websites. This analysis well illustrates the whole Web, so it’s safe to say that one of every forty websites currently mines cryptocurrency (namely Monero) in the browsers their users employ,” the report points out.

The report also talks about how the most popular torrent search engine, The Pirate Bay, used CoinHive for mining and later this was discovered on other sites like Showtime.com and Showmeanytime.com among others. AdGuard also adds that the CoinHive team has issued a statement calling on website operators to inform their users about the mining operations and to ask for user permission to do this. We, however, doubt that this will be put in practice. The report also suggests users to utilise ad-blocker programs, antivirus programs, and mining blocker extensions to safeguard from cryptocurrency mining.