70 Per Cent Of Syria Refugees In Lebanon Live In ‘Extreme Poverty’: UN 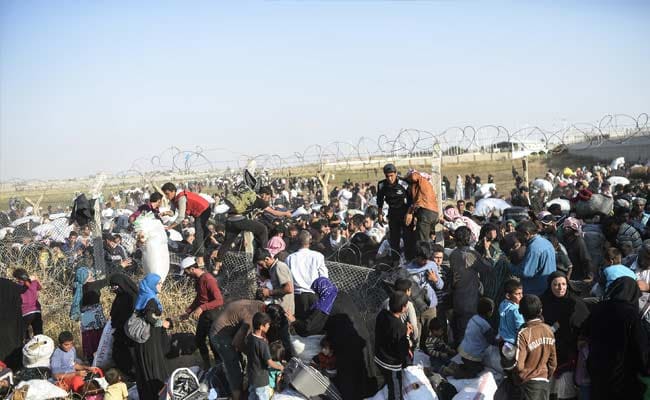 Based on an assessment of more than 4,000 refugee households, the report found that an estimated 70 percent of them are living below the Lebanese extreme poverty line of $3.84 (3.52 euros) per day. (File Photo)

BEIRUT:  More than two-thirds of Syrian refugees in Lebanon live in extreme poverty, according to a United Nations study published today, up nearly 50 percent from last year.

Based on an assessment of more than 4,000 refugee households, the report found that an estimated 70 percent of them are living below the Lebanese extreme poverty line of $3.84 (3.52 euros) per day.

“This is a striking increase from 49 per cent in 2014,” said Mireille Girard, head of the UN refugee agency’s Lebanon office.

The inter-agency study was conducted by the World Food Programme, the refugee agency and the UN’s children’s fund.

Refugees are facing a dire situation as their savings dry up, work opportunities are increasingly rare and humanitarian aid packages grow smaller.

According to the study, the refugees are borrowing to cover even their most basic needs, including rent, food, and healthcare, putting nearly 90 percent of them in debt.

Household spending dropped to $493 per month from $762 in 2014, reflecting reduced quality of food consumed and a heightened reliance on debt and humanitarian aid.

To cope, families are pulling their children from school so that they can work. Only five percent of 15-17 year olds attended school this year.

Instead, many work in agricultural fields for as little as $4 a day.

“The Syria crisis is a tragedy for children on an unimaginable scale and continues to significantly impact their protection, well-being and development across the entire region,” said Tanya Chapuisat, head of the UN children’s agency in Lebanon.

“Children’s exposure to violence, poverty and displacement are having enormous consequences, in the immediate and long-term,” she added.

UN agencies, partner organisations and Lebanon’s government are requesting $2.48 billion for the coming year to support refugees and host communities.

The UN’s findings “represent an urgent call to action, demanding that no time is spared in addressing the increasing needs and vulnerabilities of Syrian refugees here in Lebanon,” said Gawaher Atif of the World Food Programme.

More than four million refugees have fled Syria for the relative safety of the neighbouring countries, according to the UN.

Millions more have been internally displaced.