Angela Merkel to UK: European Union Integration Accomplishments ‘Not Up For Debate’ 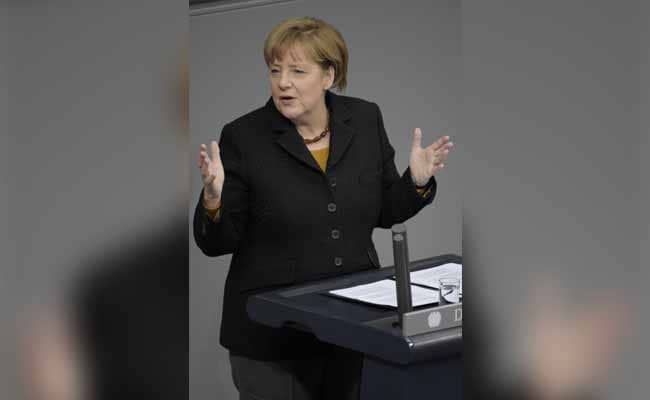 German Chancellor Angela Merkel addresses a session of the Bundestag (lower house of parliament) in Berlin on December 16, 2015. (AFP Photo)

BERLIN:  Chancellor Angela Merkel said Wednesday ahead of an EU summit that Germany would not give in to Britain’s demands for EU reform if it meant sacrificing achievements made by the bloc on integration.

“On the one hand, we want to reach an agreement with the British government… on the other hand, we will not put the fundamental achievements of European integration in question, in particular, the principles of freedom of movement and non-discrimination of European citizens,” said Merkel in an address to parliament.

“These principles are not up for debate,” she said, on the eve of a summit when leaders of the 28-nation bloc are to discuss Britain’s demands.

British Prime Minister David Cameron has cited curbing benefits for EU migrants as one of the key reforms he is seeking, before his country holds a referendum in 2017 on whether to leave the EU.

Under his plan, EU migrants employed in Britain would only be able to claim welfare payments after four years.

Cameron says he will campaign to stay in the EU only if he gets a reform deal.

But he faces stiff resistance from other leaders, who view his proposals as discriminatory.