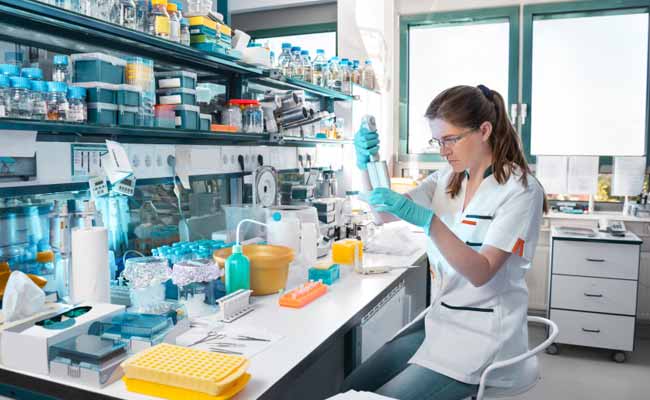 The researchers showed that the neurons responded to some US Food and Drug Administration (FDA)-approved drugs that regulate depression and anxiety through the serotonin pathway. (Representational Image)

WASHINGTON:  For the first time, researchers have used stem cells to create a specialised nerve cell that makes serotonin, a signalling chemical with a broad role in the brain.

“Serotonin essentially modulates every aspect of brain function, including movement,” said Su-Chun Zhang from the University of Wisconsin-Madison in US.

The transmitter is made by a small number of neurons localised on one structure at the back of the brain. Serotonin exerts its influence because the neurons that make it project to almost every part of the brain.

The study began with two types of stem cells – one derived from embryos, the other from adult cells.

Because serotonin neurons form before birth, the researchers had to recreate the chemical environment found in the developing brain in the uterus.

“We had to instruct the stem cells to develop into one specific fate, using a custom-designed sequence of molecules at exact concentrations,” said Mr Zhang.

The cells showed the expected response to electrical stimulation and also produced serotonin.

“Previously, labs were producing a few per cent of serotonin neurons from pluripotent stem cells, and that made it very difficult to study their cells. If you detect 10 neurons, and only two are serotonin neurons, it’s impossible to detect serotonin release; that was the stone in the road,” said Jianfeng Lu from University from Wisconsin-Madison University.

To confirm that the new cells act like serotonin neurons, the researchers showed that the neurons responded to some US Food and Drug Administration (FDA)-approved drugs that regulate depression and anxiety through the serotonin pathway.

Because the neurons can be generated from induced pluripotent stem cells, which can be produced from a patient’s skin cells, these could be useful for finding treatments for psychiatric disorders like depression, where we often see quite variable responses to drugs, researchers said.

The findings were published in the journal Nature Biotechnology.