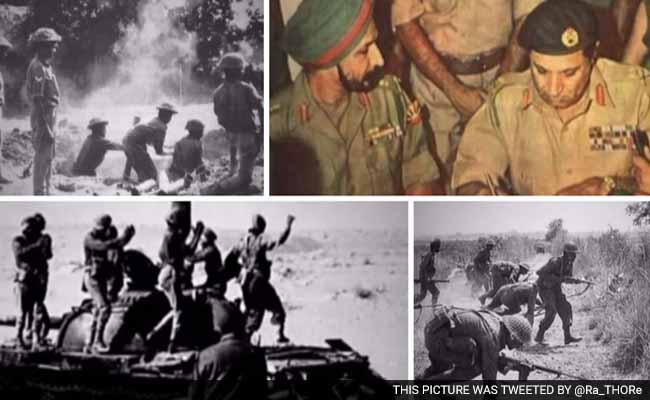 JAMMU:  The Indian Army today celebrated ‘Vijay Diwas’ in Jammu to pay homage to those who died in the 1971 war that led to Pakistan’s defeat and Bangladesh’s birth.

Army spokesman Colonel SD Goswami told IANS that the 44th anniversary of the event was celebrated with traditional enthusiasm at the Northern Command headquarters.

“A large number of dignitaries, ex-servicemen and service personnel participated in the celebrations.

“December 16 is celebrated as ‘Vijay Diwas’ to commemorate India’s historic victory over Pakistan,” he added.

It was on this day in 1971 that some 93,000 Pakistani troops surrendered to the Indian Army in Dhaka – the largest military surrender after World War II.

“This historic victory signifies a unique and unparalleled feat wherein our forces fought selflessly for a just and noble cause: the liberation of the people of erstwhile East Pakistan and the creation of an independent Bangladesh,” the spokesman said.

The Northern Command commemorated the occasion with a wreath laying at Dhurva Shahid Smarak by Lt Gen NPS Hira.