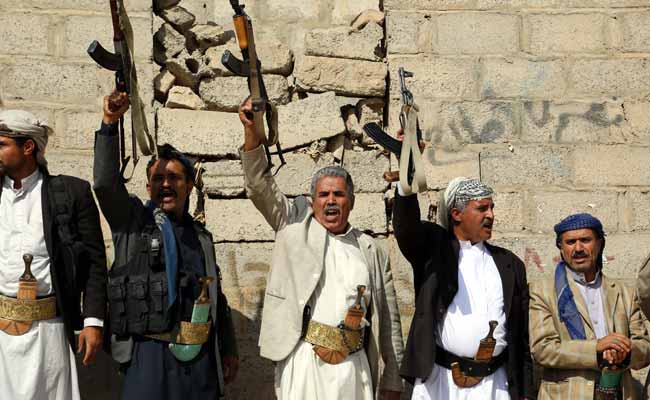 Although fighting has subsided, both sides traded blame for violations that have left at least 24 people dead since the truce came into effect at midday (0900 GMT) Tuesday.

The Saudi-led coalition supporting embattled President Abedrabbo Mansour Hadi accused the Huthi Shia rebels of flouting the ceasefire from the first hours and acknowledged that it had “responded to these violations”.

The rebels meanwhile accused the coalition of breaking the truce immediately after it began by carrying out “a series of raids on various provinces”.

The animosity underscored the challenge facing delegates at the peace talks which got under way in Switzerland on Tuesday.

Previous ceasefires have collapsed and earlier UN efforts have failed to narrow differences between the warring rivals.

In one positive sign, tribal and military sources said that loyalists and the rebels were expected to exchange hundreds of captured fighters today following weeks of mediation.

Mokhtar al-Rabbash, a member of the prisoners’ affairs committee, which is close to the government, said an agreement was in place to swap 375 rebel detainees for 285 pro-Hadi fighters.

There was no immediate confirmation from the rebels. The International Committee of the Red Cross in Sanaa, which was involved in a previous prisoner swap, said the organisation was “not aware of such an exchange”.

The UN envoy to Yemen, Ismail Ould Cheikh Ahmed, has called the truce “a critical first step towards building a lasting peace in the country”.

A spokesman for the Saudi-led coalition, Brigadier General Ahmed al-Assiri, said that the alliance’s leadership “realises that this is an important and crucial phase to find a peaceful solution, but has a military commitment to respond to violations.”

The coalition launched an air war against the rebels in March after they forced Hadi to flee the country, and has also sent in ground troops.

Today, military sources reported mortar and gunfire by rebels in several parts of the besieged provincial capital of Taez.

Fighting was also reported in Marib province east of the capital.

On Tuesday, just hours after the truce came into effect, rebel artillery and tanks killed seven civilians and wounded 15 in residential areas of Taez, witnesses and medics said.

Hadi has said he wants a seven-day truce to coincide with the peace talks and to be “renewed automatically if the other party commits to it,” the coalition said.

Little news has emerged from the talks in Switzerland which are being held at an undisclosed location and for an indefinite period of time.

UN spokesman Ahmad Fawzi told reporters on Tuesday that 12 negotiators and six advisers made up each of the two delegations taking part in the talks.

“These consultations seek to establish a permanent and comprehensive ceasefire, secure improvements to the humanitarian situation and a return to a peaceful and orderly political transition,” he said.

A ceasefire is much-needed in the Arabian Peninsula’s poorest nation, where the UN says an estimated 80 percent of the population requires humanitarian aid.

The World Health Organization representative in Yemen, Ahmed Shadoul, said the agency had received assurances that its staff were free to distribute medical supplies while the truce holds.

More than 5,800 people have been killed in Yemen — about half of them civilians — and more than 27,000 wounded since March, according to the UN.