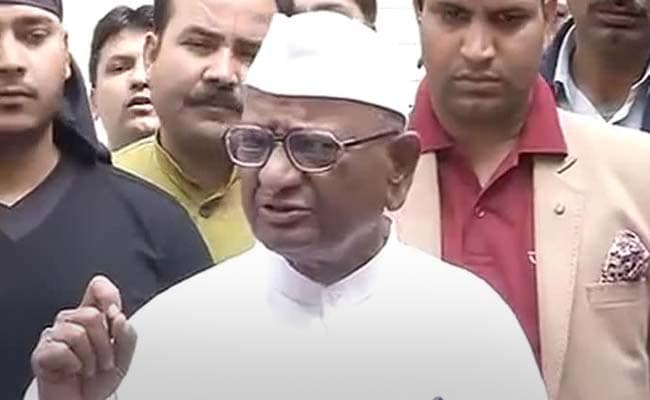 Anna Hazare questioned the timing of the CBI raid.

MUMBAI:  Arvind Kejriwal should have checked the antecedents of his Principal Secretary Rajender Kumar, whose office was yesterday raided by the Central Bureau of Investigation (CBI) over alleged corruption , social activist Anna Hazare said today amid the face-off between the Centre and Delhi Chief Minister on the issue.

“Instead of fending off allegations now, Kejriwal should have checked his background earlier. Arvind has always been fighting against corruption and I have always told him to have people of good character around him,” Mr Hazare told reporters at Ralegan Siddhi.

“Kejriwal should have done a background check on Rajender and found out about his character and his position in society earlier,” Mr Hazare said.

Mr Hazare, however, questioned the timing of the raid.

“Kejriwal and BJP are blaming each other over the CBI raid on Rajender’s office and the checking of files in Kejriwal’s chambers. But my question is over the timing of this entire incident.

“CBI has had this case for so long and the BJP has been in power for one-and-a-half-years and they did not think of doing this before. Action should have been taken the moment the problem was discovered,” he said.

The office of Kejriwal’s Principal Secretary was raided by the CBI on Tuesday in a corruption case triggering a fresh face-off between the AAP and Centre and a vicious political slugfest in which the Aam Aadmi Party chief lashed out at Prime Minister Narendra Modi, calling him “coward” and a “psychopath”.

Mr Kejriwal claimed his office too was raided, a charge denied by the CBI as well as Finance Minister Arun Jaitley in Rajya Sabha where the Opposition created an uproar.

The Chief Minister claimed he was the target of the raid and Rajender Kumar was just an “excuse”.