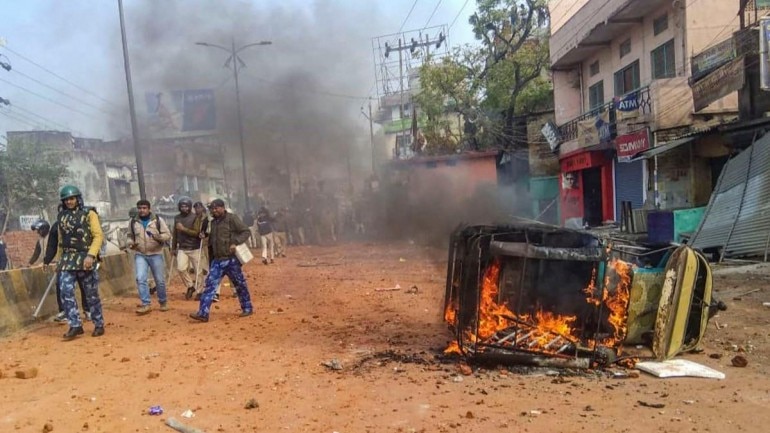 The death toll in Uttar Pradesh touched 15 as protests against the Citizenship Amendment Act (CAA) continued to singe the state on Saturday. A police post was torched in Kanpur amid fresh incidents of protests reported from several districts of Uttar Pradesh.

The latest death was reported from Rampur where one person died and several people, including policemen, injured as clashes broke out between anti-CAA protesters and the police. Four deaths were reported from Meerut and two from Firozabad. Casualties were also reported in Sambhal, Bijnore, Kanpur, Muzaffarnagar, Rampur, and Lucknow.

Amid the nationwide protests against the amended Citizenship law, Congress has called for a ‘satyagraha’ at Rajghat on Monday afternoon, demanding protection for the Constitution and the rights of people as enshrined in it.

Top leaders of the party, including its former president Rahul Gandhi and its general secretary Priyanka Gandhi Vadra, are likely to participate in the ‘satyagrah dharna’ till the evening, sources said. The satyagrah is scheduled to be held from 2 pm to 8 pm.

ANTI-CAA PROTESTS: HERE IS ALL THAT HAPPENED

Bhim Army chief Chandrashekhar Azad was arrested on Saturday morning in connection with the violence at Delhi Gate area in Daryaganj. Azad’s outfit had organised a march from Jama Masjid to Jantar Mantar on Friday against the new citizenship law, despite not having permission from the police.

In the FIR, the complainant, Darya Ganj SHO Rakesh Kumar Sharma, said that the Bhim Army chief instigated a mob of around four thousand people outside the Jama Masjid during the Friday prayer. Appearing before the Tis Hazari Court in Delhi, Chandrashekhar Azad denied the allegations, saying he was not at Delhi Gate in Daryaganj before or during the demonstration against the CAA. He said he did not give any speech but only read the Constitution and also maintained that he was not at Delhi Fate or Daryaganj during the protests.

“FIR says I had given a call for the protest and threatened the police that there will be a massive protest. FIR alleges I gave a “bhadkau bhashan [hate speech]”. Where is the proof of any speech given? I had taken the Constitution of India in my hands and marched with it,” Chandrashekhar Azad said.

Earlier in the day, the Delhi Police detained four students outside Uttar Pradesh Bhawan in Chanakyapuri. The students, who said they were from Aligarh Muslim University, were later taken to the Mandir Marg police station.

Clashes broke out between anti-CAA protesters and police in Rampur, Uttar Pradesh in which several people, including policemen, were injured. Stone pelting was reported from the protest site in Rampur. As the protesters clashed with the police, cops resorted to lathi charge to disperse the crowd. One person reportedly died in the clashes.

As many as 1,100 academicians and research scholars from various universities across India and abroad as well as prominent persons released a statement in support of the amended Citizenship Act on Saturday, news agency PTI reported.

Meanwhile, the Delhi Waqf Board on Saturday announced that the board would give financial assistance of Rs 5 lakh each to the families of those killed during violent protests against the Citizenship (Amendment) Act across the country. The decision was announced by Delhi Waqf Board chairperson and AAP MLA Amanatullah Khan.

Fifteen people, who were arrested on Friday in connection with the violence in Daryaganj in Old Delhi, were sent to judicial custody for two days. Their bail plea will be heard on Monday. The 11 Seemapuri violence accused have been sent to 14-day police custody. Their bail pleas were rejected by Karkardooma Court in Delhi.

To register its protest against the CAA, the Rashtriya Janata Dal (RJD) had called for Bihar bandh on Saturday. Large scale violence was reported during the Bihar bandh over CAA and NRC. In Patna, bandh supporters blocked train movement at Kumhrar railway station and jammed NH-31 by burning tires on the road.

Thousands of RJD supporters across the state disrupted train and road traffic including Jehanabad, Vaishali, Darbhanga, Araria, Muzaffarpur, Nawada and Aurangabad. Protestors vandalised private and public vehicles causing inconvenience to the people. Eleven people have injured in the protests in various parts of Bihar.