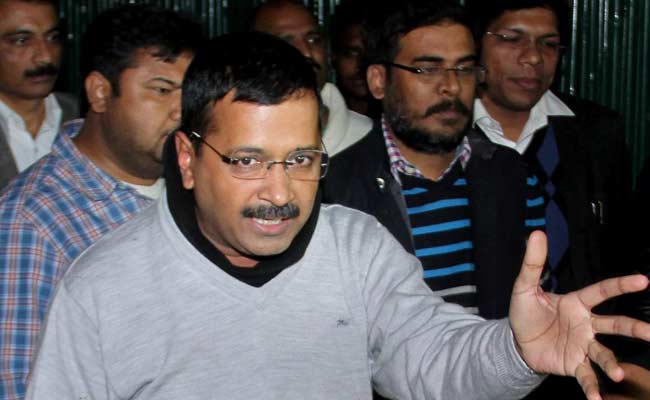 Arvind Kejriwal has made a new allegation against the Centre

NEW DELHI:  Arvind Kejriwal, who has declared war on the Centre and Finance Minister Arun Jaitley over a CBI raid on his officer, now alleges that the investigating agency has orders to target opposition parties.

The Delhi Chief Minister made the allegation in a tweet this morning.

Mr Kejriwal retweeted a post that quoted sources as saying that after the ruling BJP’s Bihar election defeat, “(PM Narendra) Modi has been weakened so others also have to be weaker.”

In the Bihar state polls held last month, the Nitish Kumar-led Grand Alliance that included Lalu Yadav’s party and the Congress scored a decisive victory, defeating the BJP despite an aggressive campaign by PM Modi.

Delhi’s ruling Aam Aadmi Party has alleged that the CBI raid on Tuesday was aimed at searching Mr Kejriwal’s office for files on what they call massive corruption in the capital’s cricket board, the DDCA, which Mr Jaitley headed for 13 years till 2013.

Mr Jaitley rubbished the allegations, saying he has had nothing to do with cricket for years.

“Delhi CM Kejriwal seems to believe in untruth and defamation, delivered in language that borders on hysteria. No personal allegation was ever made against me nor did I ever feel the need of contradicting it,” he said yesterday.

The CBI has asserted that it raided the Chief Minister’s Principal Secretary Rajender Kumar over corruption charges, and never entered or searched Mr Kejriwal’s office.