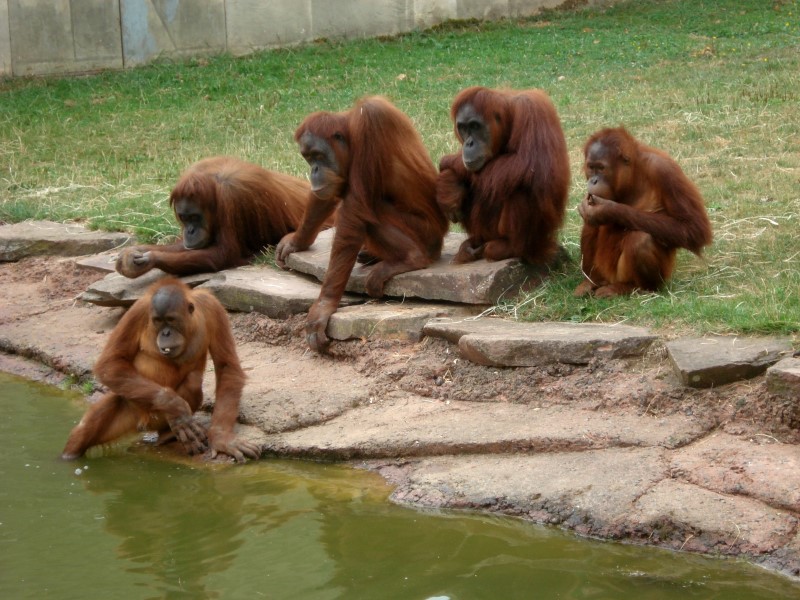 Social media sites are increasingly being used in Asia as platforms for the illegal trade of threatened species such as orangutan and sun bears, conservation groups said Thursday.

The trend poses a new and worrying threat to wildlife in a tech-savvy region where products derived from a range of species are sought for traditional medicines and exotic animals are prized as pets, said wildlife-trade monitor Traffic and conservation group WWF.

“Traders are clearly moving to non-conventional methods of sale such as utilising online portals and social media in order to evade detection, reach a broader audience and increase transaction efficiency and convenience,” Traffic said in a report released to coincide with Thursday’s World Wildlife Day.

Traffic said in a single month in China last year, thousands of ivory products, 77 whole rhino horns and large numbers of endangered birds were found advertised for sale on sites such as QQ and WeChat, which are popular in China.

“We need to be one step ahead and come up with creative solutions to eradicate this problem.”

Traffic’s report focused heavily on Malaysia, where Facebook use is high.

Over a 50-hour period last year, it monitored 14 Facebook wildlife-trading groups catering to customers in Malaysia, counting more than 67,500 active members of the groups.

During the observation period, scores of traders put up more than 200 individual posts offering to sell live wild animals ranging from rare birds to orangutans and sun bears, it said.

Brazen traders
Often, photos of for-sale animals were uploaded to Facebook, Instagram, and other sites, while bargaining took place over platforms like WhatsApp in Malaysia and BlackBerry Messenger in Indonesia.

“Trading appears to be very relaxed and traders will happily provide their contact details and will sometimes offer to deliver the animal to the buyer’s home address,” said the report.

Facebook groups can quickly change their names or shut down and pop up in another guise, highlighting the challenges facing law enforcement.

“Having a dog or cat isn’t enough for people anymore. They want unusual and exotic pets now,” she said, adding that the slow loris, an endangered Southeast Asian primate, was among hot favourites in Malaysia.

Traffic said it was working with enforcement agencies in many countries on the issue and also was in contact with Facebook.

It called for “closer collaboration between law enforcement agencies and Facebook”.

But Traffic’s report quoted a Facebook spokesperson saying the social media giant does not allow such activities on its site and was “committed to working with Traffic to help tackle” the problem.

A spokesman for Malaysia’s Department of Wildlife and National Parks said it was aware of the issue and had taken measures that had resulted in arrests, but gave no specifics.

Traffic said that in one case last year, a wildlife smuggler was arrested in Indonesia after trying to sell a young Sumatran orangutan, one of the world’s most endangered primates, using Facebook andBlackBerry Messenger.

He had also sold other rare species such as slow lorises and hornbills.