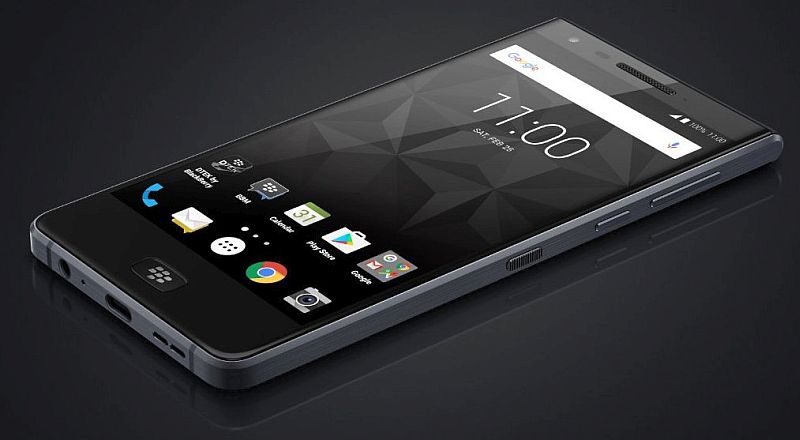 BlackBerry’s long-rumoured ‘Krypton’ Android smartphone has been leaked in a new render. Prolific tipster Evan Blass has leaked a render showing the alleged BlackBerry ‘Krypton’ which is speculated to be unveiled as BlackBerry Motion.

The render also suggests there will be a home button at the bottom of the front panel with BlackBerry logo which will possibly embed the fingerprint scanner. The right panel is seen housing three physical buttons likely for volume, power, and a dedicated key for assigning functions. We can expect the third button towards the middle can be used for playing music or launching an app directly just by pressing it. As expected from BlackBerry, the alleged Motion smartphone is likely to come with software suite from the Canadian company.

The leaked render confirms few more features like the phone will sport a USB Type-C for charging and also house a 3.5mm audio jack at the bottom. There’s a speaker grille located at the bottom panel as well.

A previous US FCC listing of the alleged BlackBerry Krypton suggested that the handset will pack Snapdragon 625 SoC hinting that it may have mid-range price tag. Other features include a full-HD display and 4GB of RAM. The handset is said to pack a 4000mAh battery.