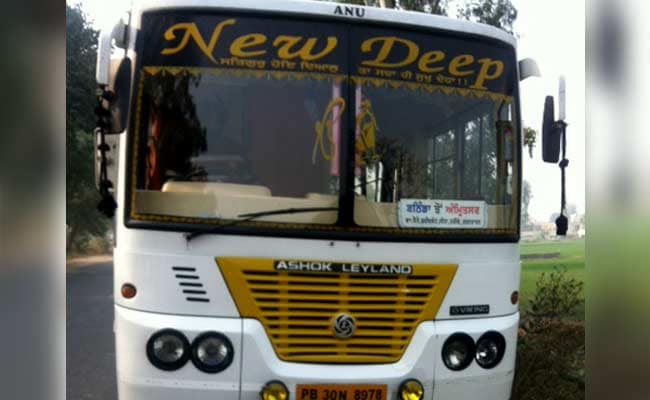 Police have registered a case against the driver and seized the bus after hundreds of protesters gathered on the spot and blocked the Amritsar-Zira highway.

CHANDIGARH:  Angry locals took to streets and blocked a highway in Punjab’s Ferozepur district after a 10-year-old girl was mowed down by a bus allegedly owned by senior Akali Dal leader Hardeep Singh popularly known as Dimpy Dhillon.

Gurpreet Kaur, a resident of Diyalpura village in Tarn Taran district, was crossing the road when the speeding bus hit her on Thursday, said an eyewitness.

Police have registered a case against the driver, who is absconding, and seized the bus after hundreds of protesters gathered on the spot and blocked the Amritsar-Zira highway.

Last week, a 14-year-old girl was killed in a similar incident in Muktsar district involving a bus belonging to the same transport company.

Dimpy Dhillon, who owns the company, is close to the Chief Minister Parkash Singh Badal’s family.

In May, the ruling Badal family had been drawn into a similar controversy after a teenage girl was molested and pushed off a moving bus owned by Deputy Chief Minister Sukhbir Badal’s Orbit company.

The incident in Moga had led to massive state-wide anti-government protests against transport companies owned by leaders of the ruling Shiromani Akali Dal.