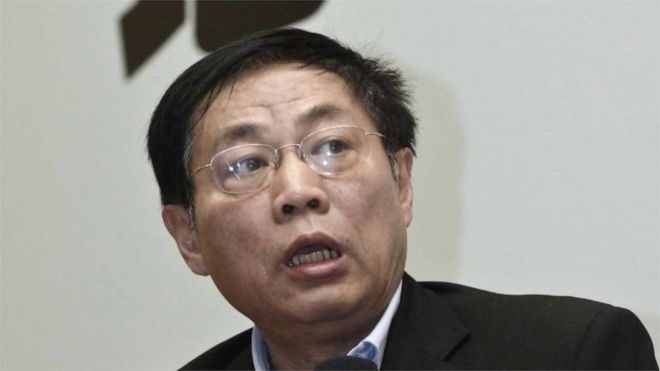 The Cyberspace Administration of China accused Mr Ren of publishing “illegal messages that had a bad impact”.

Mr Ren had written that state media were funded by taxpayers and should serve them, not the Communist Party.

China has been criticised for its strict internet regulations, including blocking major sites and censoring posts.

But Mr Xi has argued that countries had the right to choose how to develop and regulate the internet.

Almost 40 journalists are currently in prison in China for work posted online, the advocacy group Reporters Without Borders says.

His Weibo blog last week attacking Mr Xi had been criticised by state media – one referring to him as referring “anti-Communist Party” thoughts.

Internet users had to stick to the law and the fundamentals of socialism, said Jiang Jun, a spokesman for the Cyberspace Administration of China.