Coronavirus Impact On Real Estate Companies In Asia — So Far 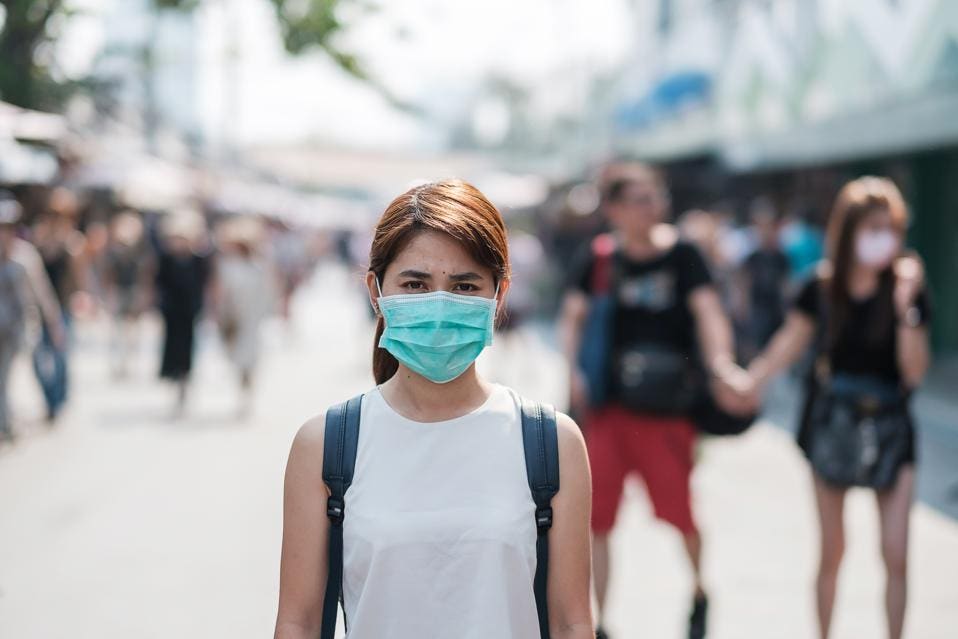 The COVID-19 (coronavirus) epidemic that started in China in late 2019 continues to spread around the world.  The latest figures as of February 28 show more than 83,000 reported cases of the coronavirus in at least 53 countries, with more than 2,800 deaths globally. The death toll has surpassed the 2002 SARS epidemic.

As global health officials scramble to get ahead of the virus, business leaders are preparing contingency plans. Real estate operators have been particularly hard hit in the areas where the virus has taken hold.

Retail, hotels, and restaurants assets are bearing the brunt of the impact, but other asset classes are suffering tertiary effects.  We share some key experiences of real estate companies in Asia – so far.

Retailers and restaurants are closed

Retailers have been closing stores in response to the virus.  According to Bloomberg, big consumer firms from Chow Tai Fook Jewelry Group Ltd. to Yum China Holdings Inc. have closed as many as 80% of total stores as China races to curb the contagion.  Chow Tai Fook has more than 3,600 outlets in mainland China.  In addition, well-known brands such as Nike, Adidas, and Starbucks have all closed roughly half their stores in China due to the virus contagion.

Restaurant chains have similarly been impacted.  Yum China Holdings Inc., which has 9,200 outlets across over 1,300 cities in China, temporarily closed over 30% of restaurants.  Chief Financial Officer Andy Yeung said in early February “we cannot forecast when nor at what rate the closed restaurants will be reopened, and the traffic will be restored.”

Seven Things You Should Know About The Coronavirus Outbreak

We Should Make College Accessible For All Students

Shopping malls are shut down

Many shopping malls remain closed. Per Bloomberg, half of China’s malls remain shut a month after retailers began closing their doors at the start of the Lunar New Year holidays, as consumers restrict their shopping to essentials.

CapitaLand, a Singapore-listed property company, has closed 12 of its malls in China, with four of these being in Wuhan, per MSN.

Sasseur REIT, another Singapore-listed property company with assets in China, announced on January 28 temporary closure of its malls in Chongqing, Bishan, Hefei and Kunming.  The company added that “the other seven outlet malls … in Hangzhou, Changsha, Nanjing, Lanzhou, Xian, Guiyang and Changchun have also been progressively closed from 26 January 2020.” The malls have yet to reopen as of February 28.

Tourism is way down

Travelers are staying away from Asia tourist spots, impacting the hospitality industry.  Many Asian tourism professionals say the drop in tourism has spread from Chinese tourists to visitors from other Asian and Western countries now also staying away, raising fears that much of the 2020 travel season may be severely diminished. “It’s not just China. Travelers from other countries are also postponing or cancelling visits not just to Singapore, but we are seeing evidence across Asia,” said Keith Tan, chief executive of the Singapore Tourism Board, on February 12.

Tourism-heavy economies like Thailand, which derives around 12 per cent of its GDP from foreign visitors, are especially affected by travel restrictions and warnings.  “Today the impact has not been just on Chinese tourists but on all tourists,” Chairat Triratanajaraspon, president of the Tourism Council of Thailand, told Reuters.

In Vietnam, cancellations are coming in for well into the year.  The official state-run Vietnam News Agency (VNA) said that many inbound tours to Vietnam scheduled for March and April had been cancelled.  The Vietnam National Administration of Tourism estimated the damage to Vietnam’s tourism sector from the virus will range from US$5.9 billion to US$7.7 billion, VN Express reported.

Pressure on landlords for rent relief and other support

Restaurant operators in Singapore have asked for rent rebates.  The Restaurant Association of Singapore (RAS) said on February 13 that it has written to 24 major shopping mall landlords requesting for a temporary cut in rent. “Looking at the situation right now, we are hoping at least 50 per cent rental rebate for the first 3 months,” said RAS president Vincent Tan.

CapitaLand announced relief measures to help tenants on February 23, including a S$10 million marketing assistance program to fund retailer-driven & mall-wide promotional activities to help its tenants, flexible rental payments and a one-time rental rebate of up to half-a-month for eligible tenants, and a commitment to pass on full savings of government’s property tax rebate for qualifying commercial properties to its tenants.

Frasers Property unveiled its tenant support package on February 24 across its 14 malls in Singapore, which includes the Budget 2020’s 15% property tax rebate and allowing tenants to convert security deposits paid in cash to banker’s guarantees, an announcement revealed.  The firm also mentioned that their tenants may opt for shorter operating hours from 11am to 9pm. Frasers Property will roll out other initiatives such as daily complimentary lunch time parking between 12pm and 2pm, and 6pm and 10pm, and marketing initiatives targeted at both tenants and shoppers. These measures aim to increase shopper traffic and to help tenants increase sales.

In Hong Kong, a few landlords such as Sun Hung Kai Properties and New World Development have offered rent cuts in February, but tenants are looking for a complete waiver in February and wants developers to charge only a percentage of turnover as rent from March to June. (South China Morning Post, February 24, 2020.)

CapitaLand became the latest company in Singapore to implement a pay freeze due to Covid-19, saying board members and senior management will take a reduction in their fees and base salaries ranging from 5% to 15%.  (Bloomberg, February 24, 2020.)

Singapore’s largest property developer will also freeze wages for all staff at managerial level and above. The measures, effective April 1, will be reviewed after six months or when the Covid-19 outbreak has stabilized.

Is the SARS experience relevant?

While looking to the outbreak of Severe Acute Respiratory Syndrome (SARS) in 2003 for hints on how markets could perform this year, investors should be cautious on reading too much into it, according to Roddy Allan, chief research officer, JLL Asia Pacific.

Mainland China’s economy is nine times larger now than it was in 2003, just before SARS hit Hong Kong in March 2003. The country is also now the world’s top exporter and the second-largest importer, not to mention the world’s second largest economy; when SARS hit, it was the sixth largest.

Singapore’s malls are starting to see more visitors as fears regarding the COVID-19 coronavirus recede among locals but hotels will continue to be hurt by low occupancy given the plunge in travel across Asia, according to two of the city-state’s largest property owners.

City Developments (CDL) plans to use the current slowdown to refurbish its giant Jungceylon mall in Phuket, Thailand as well as another mall along Singapore’s prime Orchard Road shopping belt.

Meanwhile, rival CapitaLand said 12 of its malls in China remain shut but activity at the other 39 is picking up as Beijing gradually allows offices and factories to reopen. According to OCBC Investment Research, CapitaLand’s shopper traffic in China rebounded to 40-50% of the pre-outbreak levels after plunging by as much as 80-90%.  The company’s Singapore operations are also affected. Footfall initially dipped by around 50% for its malls but has now moderated to a 5% decline instead.

As many investors have said, “we can’t predict the future, but we can prepare for it.”  Considering what has happened already in Asia, real estate investors, owners, and operators in other parts of the world can begin to prepare for the possibility of difficult conditions, particularly in the retail and hospitality spaces.