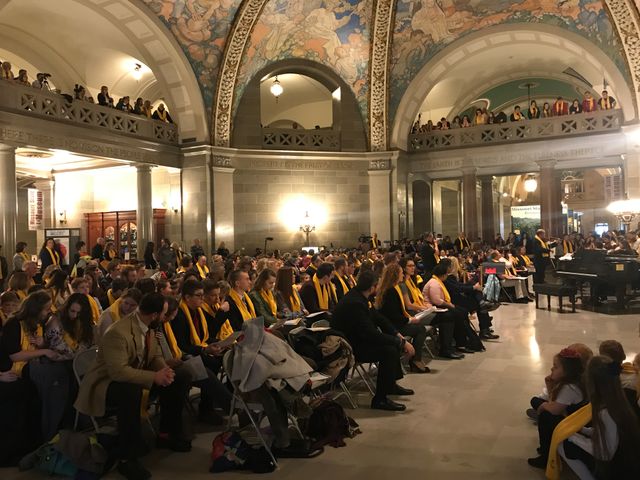 Kennedy Cooper, a Summit Christian Academy student, said she is a product of the education choice.

“I think it’s really important that parents get a choice in their children’s school. Especially for me because I originally went to a different school but I found a home at Summit Christian Academy and it’s really something I’m passionate about,” she said.

“In Missouri, we have situations in many districts where entire schools are basically failing and for many other families the problem is that the school their child attends doesn’t fit the needs of the child,” Franzen said.

The rally included speakers and songs from school choirs.

Twenty schools were represented at the rally. Franzen said the National Education Choice Week is held every January.