When 18-year-old Priya witnessed her neighbour, a young girl, being sexually abused by a family member, she did something unexpected. Instead of keeping quiet, she reported it to the girl’s parents, and convinced them to file a police complaint, leading to the arrest of the offender. Priya, who aspires to join the Army, asserts that ‘Duniya wale hazar baat kahenge, par hume na rukna hai na jhukna.’ (People will talk, but I will neither stop nor bow.”)

Priya’s move assumes even more significance given that she lives in a slum, where such offences are almost taken for granted, and it is rare for young women to step up and protest. What makes her different is the fact that she was enabled, empowered and encouraged by NGOs that work with adolescent (10-19 year old) girls living in slums to question and challenge the status quo. And it began with her parents.

Parenting adolescents requires both skills and patience. Unlike their more affluent or well-off peers, those who live in the slums and rural areas face the double brunt of poverty as well as cultural, religious and social norms and conventions which perpetuate patriarchal prejudices. 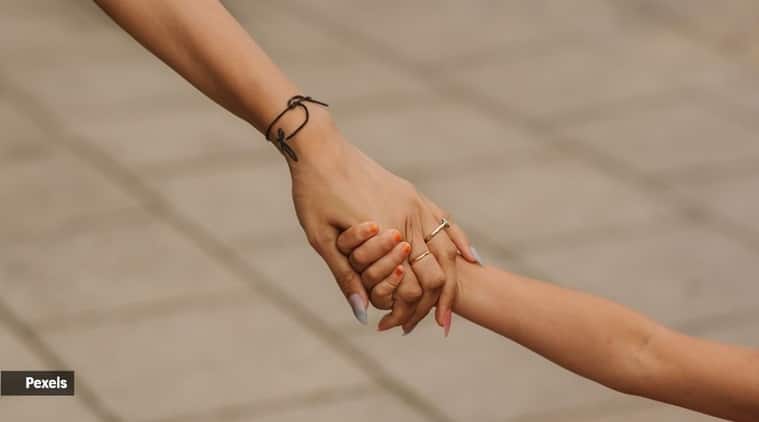 A girl child is thus seen as a liability, and denied opportunities and rights guaranteed under our constitution. Many of them remain chronically undernourished, and are married off at a young age. This promotes a vicious cycle: A young mother who is not in the best of health is unlikely to bear healthy children. If the girls among those children are also deprived of adequate nutrition and married off early, the problem can never be resolved. A UNICEF report stresses that focusing on adolescent girls before they become mothers is critical to breaking India’s intergenerational cycle of malnutrition.

Adding to the problem is the fact that despite all the well-meaning programs and schemes meant to promote gender equality and parity, no government dares directly challenge these patriarchal biases lest they be misconstrued as an attempt to change long-held religious and cultural traditions.

That explains why despite there being six ministries and several government departments which are tasked specifically with improving the lot of young women and their children, not much has changed.

NGOs who work to empower and educate adolescent girls in slums, usually have to start their interventions with the parents of these girls. Apart from highlighting the importance of educating and empowering their daughters, underlining how allowing them to be financially independent would add to the family income often helps change the minds of even the more orthodox parents. Getting this buy-in from parents is critical, because just empowering the adolescent girl often leads to counter-productive friction and clashes at home.

But when impressionable adolescent girls see their parents invested in their welfare and betterment, they are likely to do the same for their own daughters. Many become change agents who inspire other girls, thereby acting as force multipliers that help hasten the entire process of empowerment and freedom from the shackles of a patriarchal world.

While it is true that such transformation cannot happen overnight, success stories abound. Take Shaista, a 19-year-old affectionately called Period-wali Didi. In a social structure where talking openly about menstruation is frowned upon and considered indecent, Shaista is a passionate crusader of change as she talks to young girls about adopting safe, hygienic menstrual practices.

Convincing Shaista’s parents to allow the youngster to join the Gender Equality Program was not easy. But the effort was well worth it. Today, the shy, self-effacing Shaista has come into her own as she freely dispenses advice on menstrual hygiene and exhorts young girls to find their voice, to stand up and be counted. And being called the Periodwali Didi shows how a taboo topic is now at the forefront of public discourse when it comes to the health of women and adolescents in the slums.

Initially sceptical, her parents today are not just extremely proud of their daughter, but have become evangelists who help inspire and educate other parents about the benefits of empowering their daughters, and in the process, their communities.

Transformations such as hers inspire and motivate us to try harder. Because each Priya, each Shaista reinforces our conviction that with the right mix of hand holding, education, instructions and training, we can make a huge difference.

The power of India lies in our well-meaning citizens, if we the people of India, keep thinking of creating innovative opportunities for the girls from such communities, we lead them by teaching them about their rights and responsibilities, by training them to take up jobs which allow them to be financially independent, and last but definitely not the least, by convincing their parents that their daughters deserve better, together we can help many Priyas and Shaistas blossom and bloom. And all this will be achieved once we have been able to focus on the importance of right parenting for all our girls. Born to privileges or not.