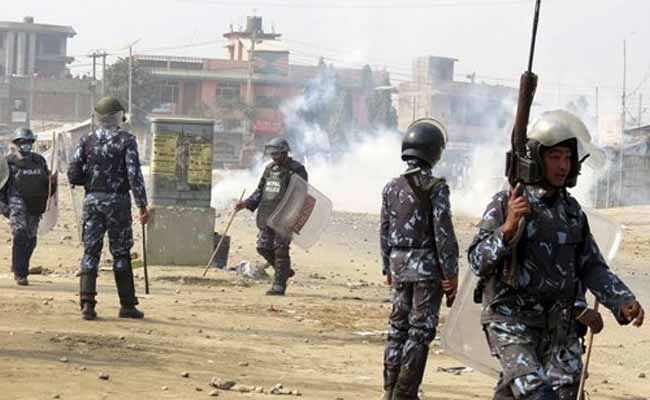 KATHMANDU:  An official says police have opened fire on protesters who were attempting to attack a police station in southern Nepal, killing one.

Government administrator Ram Raja Subedi says at least 18 police officers were injured in the clashes with hundreds of ethnic Madhesi protesters Sunday in Gaur, a town about 160 kilometers (100 miles) south of the capital, Kathmandu.

Subedi says the protesters attempted to attack the police station, throwing rocks, sticks and bottles. He says police first shot tear gas and opened fire in the air, but had to fire on the protesters to contain them, killing one.

The situation was still tense later Sunday, and authorities imposed an indefinite curfew in the town.

Ethnic Madhesis have been protesting for months against Nepal’s new constitution. They say the new constitution unfairly divides the Himalayan country into seven states with borders that cut through their ancestral homeland. They want the states to be larger and to be given more autonomy over local matters.

At least 50 people have been killed in the protests since August.

Talks between the protesting groups and the government have made little progress, but both sides say they will continue talking.