The facelifted Ford Figo Aspire has been spied testing on Indian roads, and the launch is just weeks away. The compact sedan, which competes with the Maruti Suzuki Dzire and the Hyundai Xcent, will get a minor stylistic makeover inside-out. The big changes will have to do with the car’s mechanicals. The Figo Aspire will get not one but two new petrol engines, both from the new Dragon line-up. Both new engines will be 3 cylinder units. The smaller unit will displace 1.2 liters and produce class-leading outputs of 97 PS and 120 Nm. According to Overdrive, the larger engine will displace 1.5 liters and will be borrowed from the EcoSport. This engine will make 123 PS and 150 Nm. 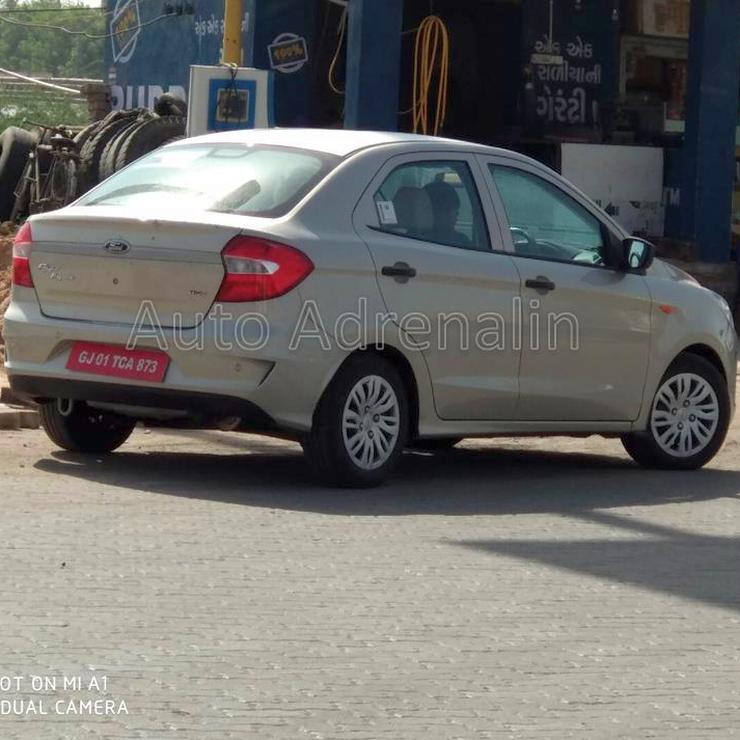 The larger petrol engine on the Figo Aspire Facelift will be accompanied by a 6 speed, torque converter automatic gearbox while the smaller engine will get a new 5 speed manual gearbox from Getrag. The diesel engine will remain unchanged. It’ll be the tried and tested 1.5 liter TDCI unit with 4 cylinder and turbocharging.

This engine will continue to produce 100 PS of peak power and 200 Nm of peak torque, with a 5 speed manual gearbox as standard. There won’t be an automatic gearbox on offer with the diesel engine. These significant mechanical changes are expected to make the Figo Aspire a much better car in the compact sedan class.

Talking of the changes on the design front, the facelifted Figo Aspire will get a new front grille and bumper design. At the rear as well, the bumper will receive a new design. However, the car’s profile will more or less be unchanged. We expect new alloy wheels to be offered to spice things up on the sides.

The interiors of the new car will get a new touchscreen infotainment unit. This unit, which will be similar to what was introduced on the facelifted EcoSport, will run Ford’s SYNC3 infotainment interface with connected apps. Overall, the facelift promises a lot, and we can’t wait for the launch.