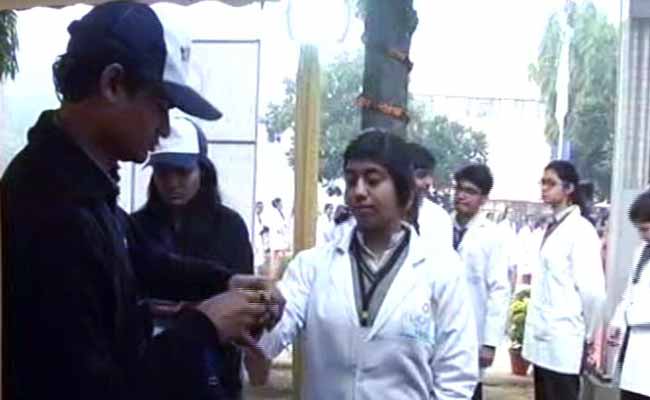 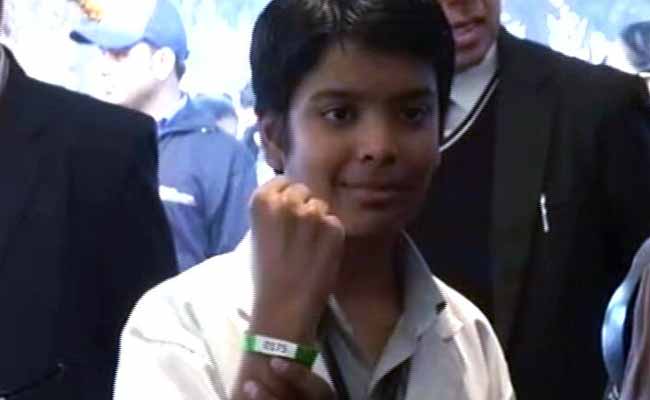 As many as 2000 students from various schools across the city, came together at IIT Delhi and successfully conducted two simple chemistry experiments.

NEW DELHI:  India has earned a place in the coveted Guinness Book of World Records by conducting the ‘worlds largest practical science lesson’.

On December 7, as many as 2000 students from various schools across the city, came together at IIT Delhi and successfully conducted two simple chemistry experiments.

The students, wearing their white lab-coats, entered the venue within the IIT Delhi campus where hey were given a numbered band.

One of the experiments included the making of the Indian Tricolour using different food colours.

The judges included a vice chancellor of a university, and interestingly, the special commissioner of police from Delhi, who carefully oversaw that the entire exercise was conducted in an orderly manner.

Today the Ministry of Science and Technology confirmed that the Guinness Records organisation has accepted, India’s claim. The record was last held by the revered Royal Society of Chemistry at a similar mass demonstration done in Ireland where 1339 students participated earlier this year.

The government hopes such lessons will catalyze students propelling them to take up a career in science.

Participating in the event, Human Resources Development minister Smriti Irani said, “to enthuse students, this should be repeated in all state capitals.”

She went on to say that “a humongous session should be organized next year at a venue as large as the Jawaharlal Nehru stadium in New Delhi, to accommodate around 20,000 students to undertake a similar exercise to promote Science.”