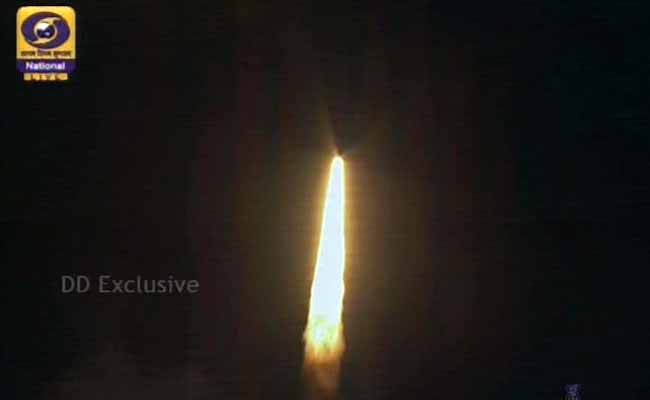 Today’s launch is the 50th launch of a big rocket from the Satish Dhawan Space Centre in Sriharikota; it is also the 32nd flight of the PSLV.

Today’s launch was the 50th launch of a big rocket from the Satish Dhawan Space Centre in Sriharikota; it was also the 32nd flight of the PSLV.

The 44 metre tall rocket which weighs 226 tonnes lifted off at 6 pm and 22 minutes later, when the rocket was 550 km from Earth’s surface, placed the satellites in orbit. The first to be separated from the rocket was a remote sensing satellite called TeLEOS-1; five smaller satellites were launched after that.

The satellites were launched one after another, less than a minute apart, to avoid collision and set a distance of about 20 kilometres between them. The 59-hour-countdown for the PSLV-C29/TeLEOS-1 Mission began at 7.00 am on Monday and had progressed normally.

The main Singaporean satellite can capture images of Singapore once every 100 minutes and tracks threats in the sea and air as well as natural disaster across the region. The satellites are made by NUS, NTU and engineering- commercial company ST Electronics.

Antrix Corporation Ltd, the commercial arm of ISRO, has provided launch services in PSLV for 57 customer satellites from 20 countries so far.