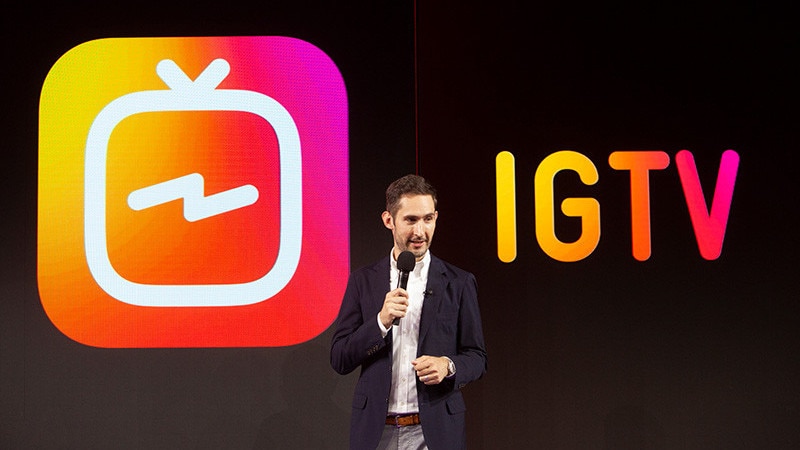 Instagram said Wednesday it now has more than one billion active users, as it unveiled a new long-form video feature in a bid to attract “creators” like those on YouTube.

It becomes the fourth Facebook platform to hit the billion-user mark, including the namesake social network with more than two billion users, and the messaging applications WhatsApp and Messenger.

Instagram, which had some 800 million users as of September, has been outpacing rival social networks such as Twitter and Snapchat and has been gaining younger users even as Facebook itself has seen declines in the youth segment.

“We have now a community of one billion users,” Systrom told the event in San Francisco.

“Since our launch in 2010, we’ve watched with amazement as the community has flourished and grown.”

IGTV will enable any user to upload long-form videos and will also include “channels” from video “creators,” similar to a format employed by Google-owned YouTube which has given rise to a number of YouTube “stars.”

“Anyone can be a creator – you can upload your own IGTV videos in the app or on the web to start your own channel,” Systrom said.

Built for smartphones
Systrom said IGTV is built to be used on a smartphone, and boosts the time for videos from the previous limit of one minute.

“The way we are watching video is changing,” Systrom told the event.

He added that IGTV is “built for how you actually use your phone, so videos are full screen and vertical.”

The launch comes amid a shift in video viewing habits away from traditional television to online platforms including Netflix and Hulu, and with more people watching both professional and user content on services like YouTube.

According to the research firm eMarketer, 181.7 million Americans will watch video content on their smartphones at least once a month this year, up 6.1 percent from a year ago.

Product manager Ashley Yuki told the event that IGTV “is an open platform from day one, so everyone can become a creator.”

Rolling out for the iOS and Android apps, IGTV will allow any user to upload videos up to 10 minutes long, with the limit for larger accounts at one hour.

Systrom described the new app as “a separate space, a dedicated space to enjoy video without being distracted.”

Facebook acquired Instagram in April 2012 for a combination of cash and stock worth some $1 billion (roughly Rs. 6,800 crores) at the time.

Since then it has become a strong engineer of growth for Facebook in terms of users and ad revenues.

While Facebook offers no detailed revenue breakdown, eMarketer estimates Instagram will generate $5.48 billion in net US ad revenue this year, up 70.4 percent from last year and accounting for more than one-fourth of Facebook’s net mobile ad revenue.

Facebook itself is also ramping up its video offerings with original shows and this week announced new formats including interactive game shows, quizzes and polls.