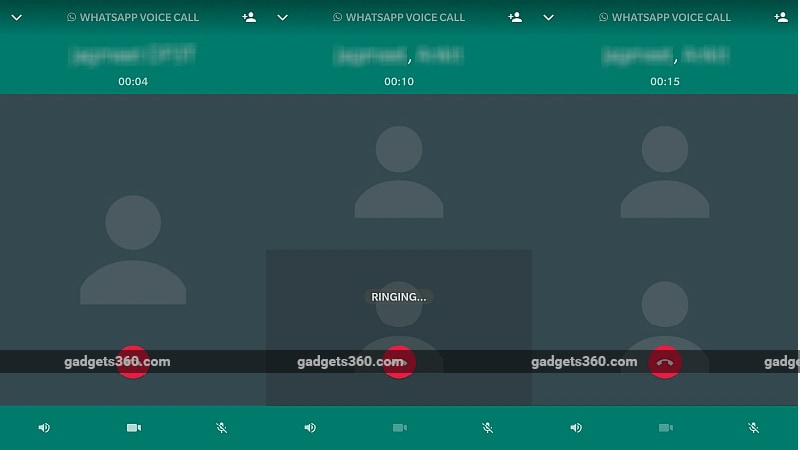 WhatsApp is rolling out group video and voice calls on WhatsApp for Android beta and the feature is accessible in the latest updates – namely, v2.18.189 or v2.18.192. This development comes about a month after select Android beta and iOS users reportedly received the group calling functionality back in May in version 2.18.52 for iOS and version 2.18.145 for Android beta. Additionally, it is being reported that even Windows Phone has received group voice and video calling features. However, as before, the feature has not yet been officially rolled out but we could expect some updates from the Facebook-owned messaging app in the weeks to come.

As we mentioned, the group calling functionality is now accessible on the above-mentioned two versions of the WhatsApp for Android beta. It appears to be available to all users with access to these versions. To access, you will have to make a video or voice call. Once the call gets connected, an Add Person icon is shown on the top right, above the names of the recipient. Next, if the third user accepts the call, both the names will be shown with a comma separating them. To use the feature ahead of stable rollout, you can either register for the Google Play WhatsApp beta programme, or download the above-mentioned beta versions from APK Mirror.

While iPhone users can receive and be added to the group call, the ability to add other people is unavailable in our testing on the platform, though a report last month mentioned the slow rollout of this feature via a server-side update.

A tweet, with a bundled screenshot, from the WhatsApp beta tracker WABetaInfo suggests that group voice and video calls are also being enabled for Windows Phone. The feature has said to have started rolling out already, with most users expected to get it within the next few days. With this, WhatsApp becomes one of the rare few messaging platforms that are still continuing major features upgrades for Microsoft’s yesteryear mobile platform.

First discovered back in October last year, group calling on WhatsApp was announced officially by parent company Facebook at its annual F8 developer conference in May this year.